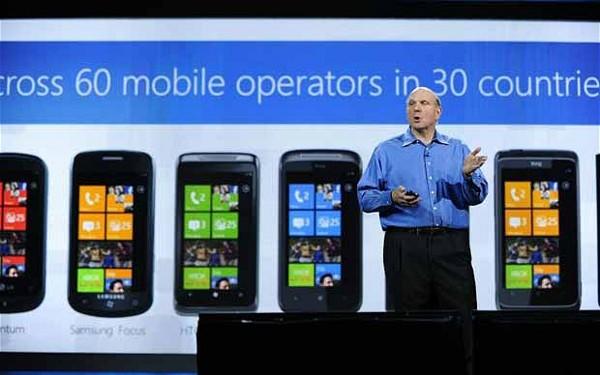 "You don't have to be a computer scientist to use a Windows Phone," said Microsoft's Steve Ballmer, "but you do to use an Android phone." He was addressing the Web 2.0 summit in San Francisco, where we guess his audience must have included a large but silent population of Android-loving non-scientists. In any case, the Redmond CEO also revealed that he just can't get "excited" about Android phones, which proves that anything can be boring if you're rich enough -- including raking in up to $15 per Android handset in cross-licensing deals. On a serious note, though, HTC's latest Titan handset shows off the Mango experience at its best and it is simpler than Google's OS. If Windows Phone sales eventually pick up despite the buzz over Android 4.0, then the point beneath Ballmer's bluster might not seem so unreasonable.
In this article: Android, Ballmer, ce-oh no, ce-oh no he didnt, Ce-ohNo, Ce-ohNoHeDidnt, CEO, Google, Microsoft, mobile OS, MobileOs, mobilepostcross, OS, Steve Ballmer, SteveBallmer, Windows Phone, Windows Phone Mango, WindowsPhone, WindowsPhoneMango
All products recommended by Engadget are selected by our editorial team, independent of our parent company. Some of our stories include affiliate links. If you buy something through one of these links, we may earn an affiliate commission.
Share
Tweet
Share