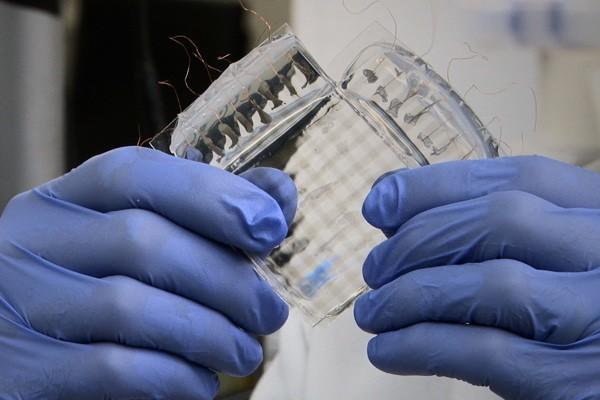 An artificial skin that senses pressure, pinches and touch sounds like a macguffin from The Outer Limits (the episode "Valerie 23" if we recall correctly), but that's what a team from Stanford University has cooked up on the back of its pick-up truck. Sensors made of silicon films with a matrix of liquid carbon nanotubes ensure the material snaps back to its original shape no matter how frequently it's pulled about. When compressed, the electrical conductivity of the skin changes, and by measuring where and by how much, it knows the location and pressure of where you jab your fingers. The team wants to combine this super stretchy film with a much more sensitive sensor and if it can do it, then the technology could end up as an artificial skin for burn victims, covering prosthetic limbs or even replacing your multitouch display -- just be careful, you might hurt Siri if you pinch-to-zoom her too hard.