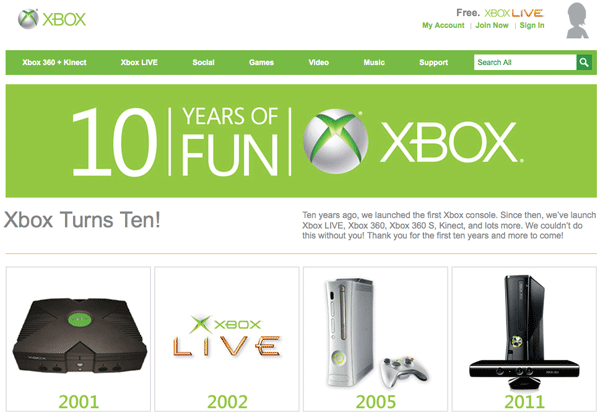 One decade ago today, on November 15, 2001, the Xbox gaming console was born, hitting stores across North America on the same day. That Pentium III-based black box found its way into tens of millions of living rooms around the world, and wasn't discontinued until after its successor was announced in 2005. Now, halfway through its lifecycle, the Xbox 360 is still selling strong -- perhaps spurred by the company's release of Kinect in 2010 -- with about four years left to go before Microsoft is expected to unleash its nex-gen console. An updated system may be inevitable, but regardless of what's inside, we wouldn't be surprised to see Microsoft's blockbuster game machine don its familiar Xbox handle for decennia to come.