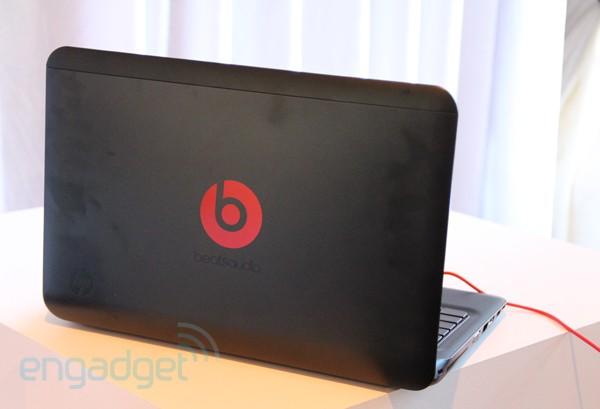 It's shaping up to be a wild day for HP: in addition to revamping its Envy laptops and announcing its first Ultrabook, the outfit went and refreshed the mid-range Pavilion dm4. While it has the same metal-heavy design that bowled us over in our review, it trades Altec Lansing audio for Beats and gains a subwoofer. Otherwise, its entry-level specs -- a Core i3 CPU, 6GB of RAM and a 640GB 5,400RPM hard drive -- closely match the starting config available today.

And, while the company was at it, HP also announced a red-and-black-spangled Beats Edition. An inevitable move, if you ask us: HP has been pushing its partnership with Dr. Dre so heavily that it went so far as to redesign its Envy laptops with a prominent Beats dial. Then again, this is the first time HP's given the Beats special edition treatment to anything other than a top-shelf machine. In any case, you better be pretty sweet on that red backlit keyboard -- the gussied-up, Dre-approved version starts at $900 (headphones not included). Then again, at least you get beefier specs for the money: a Core i5 CPU, 8GB of RAM and a 750GB hard drive. If nine hundred bucks isn't what you had in mind, the classic dm4 starts at $630. Both will be available December 18th. If you're curious, find the full PR after the break, along with some rubbernecking hands-on shots below.

With the added subwoofer and Beats Audio, the Pavilion dm4 offers a full audio experience. The notebook also includes innovations such as HP TrueVision HD Webcam, HP CoolSense and HP SimplePass with fingerprint reader for storing passwords in one place.

The new HP Pavilion dm4 and Pavilion dm4 Beats Edition are expected
to be available in the United States on Dec. 18.