Sony TRIMASTER quad-HD LCD multiplies the resolution, and the price, of any home HDTV 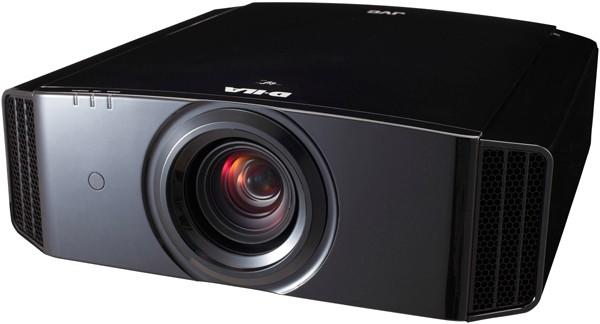 After making their grand debut at this year's CEDIA Expo, JVC's line of Procision and Reference series projectors have finally begun marching out to market. The manufacturer announced the news this week, confirming that its array of seven new projectors are now available for purchase, with prices ranging from $3,500 to $12,000. All seven devices feature JVC's proprietary e-Shift technology, and are capable of projecting images in 3840 x 2160 resolution -- not exactly 4K, but still four times what you'll get with full HD. The Procision Series, including the DLA-X90R, DLA-X70R and DLA-X30, is geared toward the consumer market, while the Reference Series (DLA-RS65, DLA-RS55, DLA-RS4800 and DLA-RS45) is now available through JVC's Professional Products Company. For more details on pricing and availability, check out the full PR after the break.

Update: So, we got a little mixed up by the poorly worded JVC press release, but it looks like only the DLA-X90R, DLA-X70R, DLA-RS65 and DLA-RS55 actually sport the company's e-Shift tech.
Show full PR text
Now Available, New JVC Projectors That Display Images With 4K Precision

Earlier this year NHK Science & Technology Research Laboratories, NHK Engineering Service Inc. and JVC Kenwood Corporation collaborated in the development of a Super High Vision projection system that utilizes e-Shift technology. Now, that technology is available in the DLA-X90R, DLA-X70R, DLA-RS65 and DLA-RS55. Using e-Shift, 2D HD content is upconverted and scaled to a 4K signal (3840 x 2160) and the e-Shift technology displays it at full 4K precision. Compared to a Full HD (1920 x 1080) image, that's twice the horizontal and vertical resolution and four times the number of pixels, or over 8 megapixels. The result is a stunningly detailed image with minimal aliasing artifacts found in standard HD displays.

All seven projectors are 3D-enabled and offer several 3D performance and feature enhancements:

· Compatibility with a wider range of 3D broadcasts, including 1080p/24 and 720p side-by-side formats;

· Brighter 3D images than previous models are possible through the use of an improved driver that keeps the shutter on the active shutter 3D glasses open longer, thus allowing more light to enter, while at the same time minimizing cross talk;

· A parallax adjustment allows the user to tailor the 3D image effect;

· Direct access to 3D formats and settings on the remote control.

Other features shared by these four models include:

· Enhanced installation adjustment, including a new 1/16th pixel shift function to precisely tune convergence via 121 adjustment points (11 vertical x 11 horizontal) and an increased number of screen mode preset positions, up to a maximum of 255;

Other enhancements new for all seven 2012 projectors are:

To provide enthusiasts with a true measure of performance, JVC has long focused on native contrast and refused to artificially enhance contrast specifications through the use of a dynamic iris. For 2012, native contrast has been improved across the entire line, ensuring that every frame consistently and faithfully reproduces peak whites and deep blacks.

The new flagship projectors, the DLA-X90R and DLA-RS65, are built using hand-selected, hand-tested components and provide a 120,000:1 native contrast ratio. For 3D viewing, both models come with two pairs of 3D glasses and a PK-EM1 3D Signal Emitter. Both projectors also have a three-year warranty.

DLA-X30/DLA-RS45 $3,499
In this article: 3840 x 2160, 3840X2160, 4k, 4k precision, 4kPrecision, DLA-RS45, DLA-RS4800, DLA-RS55, DLA-RS65, DLA-X30, DLA-X70R, DLA-X90R, e-shift, hdpostmini, jvc, JVC Procision Series, JVC Reference Series, JvcProcisionSeries, JvcReferenceSeries, pixel, projector, resolution
All products recommended by Engadget are selected by our editorial team, independent of our parent company. Some of our stories include affiliate links. If you buy something through one of these links, we may earn an affiliate commission.
Share
Tweet
Share