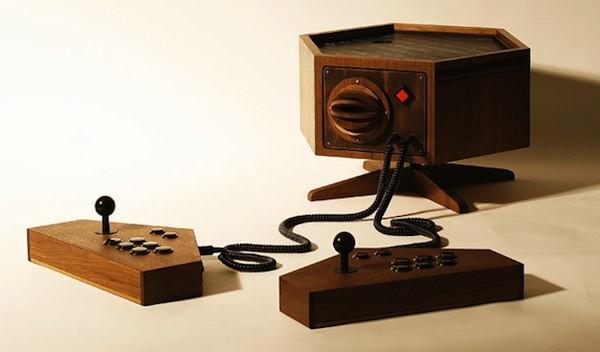 In a perfect world, you could have a cool, original retro gaming peripheral and impress the sort-of-snooty steampunk nerds at the same time. That day has arrived to do just that, as Love Hultén has created a new wooden video game console called the R-Kaid-6. Inspired by various retro game consoles, the R-Kaid-6 features a custom version of the Maximus Arcade front-end for emulators and runs on PC innards from 2001. The unit also sports customized cables and two arcade joysticks that can be stored in the top of the base unit when not in use. So far, there's no set price for the R-Kaid-6, though the website states that the creator can be contacted if you're interested in purchasing the works displayed. Take a look, and remember that even the most annoying Modern Warfare 3 opponent screaming epithets at you over Xbox Live has to respect retro gaming goodness in its purest form.
In this article: arcade, console, consoles, emulator, game, game console, game consoles, GameConsole, GameConsoles, games, gaming, joystick, joysticks, Love Hulten, LoveHulten, peripheral, R-Kaid-6, retro, retro gaming, RetroGaming
All products recommended by Engadget are selected by our editorial team, independent of our parent company. Some of our stories include affiliate links. If you buy something through one of these links, we may earn an affiliate commission.
Share
Tweet
Share