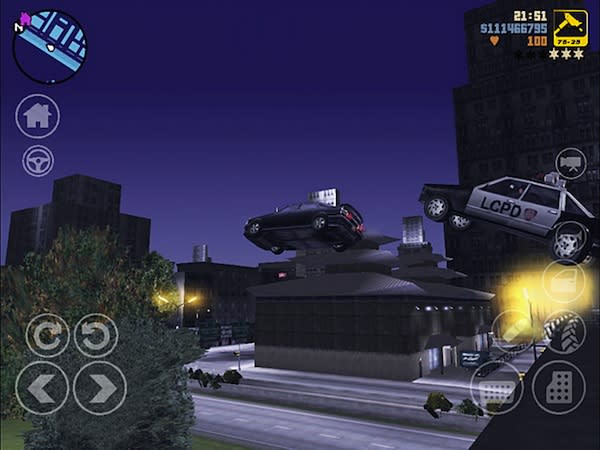 We don't know where you were ten years ago, but if you game at all it's safe to say that since then you've spent some time with the Grand Theft Auto series. As it announced last week, Rockstar is celebrating its jump into open world 3D gaming by releasing Grand Theft Auto III for mobile devices on the Android Market (the number of compatible devices appears to have expanded since last week -- the Galaxy S II works, and Galaxy Nexus support is "coming soon") and iTunes. A trip back to 2001 will only cost you $5, and while the gameplay and controls are now touch panel optimized (check Joystiq's preview experience here), it also supports "select" USB gamepads on Android. Hit the source links below to start the 400mb~ download right now.

Update: Check after the break for the iPad trailer.

In this article: android, app, apple, gamepad, Grand Theft Auto III, GrandTheftAutoIii, gta iii, GtaIii, ios, ipad, iphone, minipost, mobilepostcross, Rockstar-Games, usb controller, UsbController, video
All products recommended by Engadget are selected by our editorial team, independent of our parent company. Some of our stories include affiliate links. If you buy something through one of these links, we may earn an affiliate commission.
Share
Tweet
Share