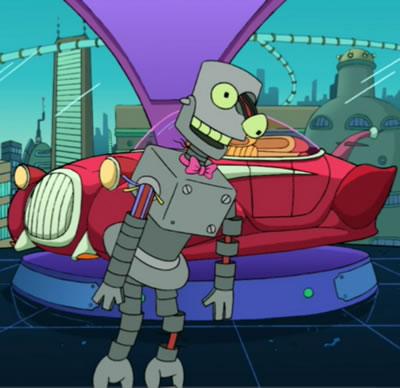 "Catastrophic lithium-ion battery failure" are five words Malfunctioning Eddie never wants to hear, and may not have to, thanks to a new sensor developed by the folks at the Johns Hopkins University Applied Physics Laboratory. Despite the popularity of lithium-ion batteries in everything from consumer electronics to hybrid and electric vehicles, they have been associated with a phenomenon called "thermal runaway" -- known to cause overheating and potentially, fire. The newly developed device measures the electrical parameter of the cell, which is an indicator of whether the internal layer temperatures are getting too toasty. The best part? The warning comes before the heat can reach the surface and cause catastrophic failure, perhaps saving our electronics from a fate like the one in the video after the break.

Scientists at the Johns Hopkins University Applied Physics Laboratory (APL) in Laurel, Md., have developed an inexpensive sensor that can warn of impending catastrophic failure in lithium-ion batteries. The sensor is based on the researchers' discovery of an intrinsic relationship between the internal temperature of lithium-ion cells and an easily measured electrical parameter of the cell.

Due to their high energy density, lithium-ion batteries power millions of consumer electronic devices and are the most common type of battery used in hybrid and electric vehicles. They are also growing in popularity for power grid, military, and aerospace applications.

But safety concerns remain a challenge to the industry. Battery malfunction and fires in electric vehicles, mobile phones and laptop computers have been reported in the media. Such failures typically result from thermal runaway, a self-perpetuating condition that occurs once a cell reaches a critical temperature.

"An abnormally high internal cell temperature is a nearly universal manifestation of something going awry with the cell," says Rengaswamy Srinivasan, a chemist in APL's Research and Exploratory Development Department and one of the inventors. "These changes can occur within seconds, leading to a potentially catastrophic event if corrective measures are not taken immediately. When things start to go wrong inside the cell, time is not on your side."

Srinivasan and his colleagues discovered that a very small alternating current, when applied to a lithium-ion battery at specific frequencies, is modified by the cell in a way that is directly related to the temperature of the critical electrochemical interface between the electrodes and the electrolyte.

"We discovered that we can measure the temperature of the protective layers between the electrodes and the electrolyte of the battery during normal operation," Srinivasan says. "These layers are where the conditions that lead to thermal runaway and catastrophic cell failure begin. This discovery enables us to detect potentially unsafe thermal conditions before surface-mounted temperature sensors, which are the current state of the art, are able to register that any change has taken place."

The sensor operates through a simple electrical connection at the positive and negative terminals of the cell and can operate using power from the battery it is monitoring. With multiplexing circuitry, a single sensor can monitor multiple cells in a battery pack.

"Ultimately, the new sensor enables battery management systems to more closely manage battery performance and, more importantly, detect unsafe thermal conditions at the critical moment when they occur and before the cell vents or sets itself and the battery on fire," Srinivasan explains. "By integrating this technology into their products, manufacturers of batteries, battery management systems, and battery solution providers can increase both the safety and performance of their products."

APL has applied for U.S. and international patents for the sensor and is pursuing licensing opportunities.

"At the heart of lithium battery safety is not only the development of safer battery chemistries, but also the availability of accurate and reliable technologies that measure the actual battery cell temperature," says Michael Hickman, APL's technology commercialization manager for the sensor. "This technology provides the most accurate and immediate method available for measuring the true temperature of a lithium-ion cell; and, it is the only method for measuring a cell's temperature where it counts: inside the cell where temperature changes originate."
In this article: batteries, consumer electronics, ConsumerElectronics, electric vehicles, electrical vehicles, ElectricalVehicles, ElectricVehicles, electrodes, electrolytes, energy, heat, John Hopkins University Applied Physics Laboratory, JohnHopkinsUniversityAppliedPhysicsLaboratory, johns hopkins, JohnsHopkins, Lithium Ion, lithium ion batteries, LithiumIon, LithiumIonBatteries, thermal runaway, ThermalRunaway, video
All products recommended by Engadget are selected by our editorial team, independent of our parent company. Some of our stories include affiliate links. If you buy something through one of these links, we may earn an affiliate commission.
Share
Tweet
Share