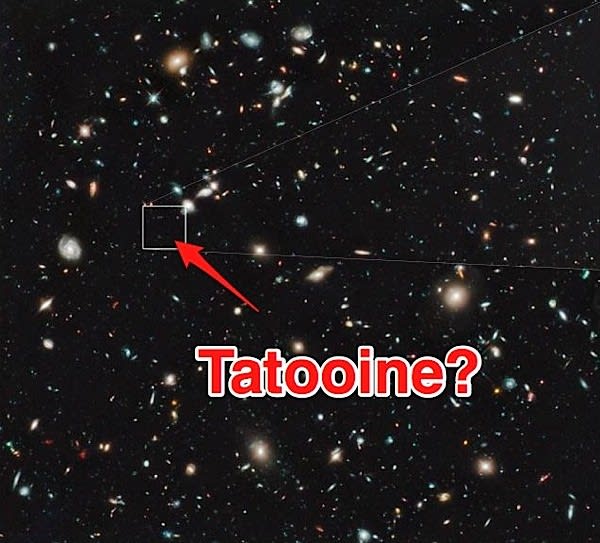 If you think Star Wars took place in a galaxy far, far away, you should probably prepare to have your perceptions of distance rocked. NASA astronomers believe they've laid their eyes what appears to be the most distant object ever spotted by humans... in the history of mankind, no less. The galaxy was first peeked back in 2009, but NASA has just confirmed (via that trusty Hubble contraption) that what it saw is actually the oldest known galaxy in existence. At a distance of 13.2 billion light years away, this galaxy is a staggering 150 million years older than the previous record-setting collection of stars. The cluster of blue stars is just a tiny galaxy, though -- NASA says you'd need hundreds of these little groups to make up our Milky Way. Head past the break for a closer shot of the constellation, otherwise known as a nondescript red pixel.

Via: Reddit
Source: NASA
In this article: 13.2 billion lightyears, 13.2BillionLightyears, galaxy, hubble, hubble telescope, HubbleTelescope, lightyears, nasa, space, star, telescope
All products recommended by Engadget are selected by our editorial team, independent of our parent company. Some of our stories include affiliate links. If you buy something through one of these links, we may earn an affiliate commission.