Students allegedly being forced to work in Chinese tech factories 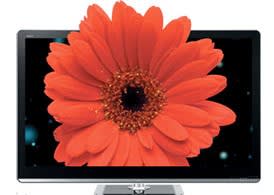 Toshiba, Hitachi, and Panasonic already said they would shutter their liquid crystal display plants for a month following the 9.0 magnitude earthquake and resulting tsunami that struck the country on March 11. Now, Japan's largest exporter of LCD TVs (Sharp, for those keeping notes) has suspended production at its two biggest factories, thanks to a shortage of a gas used in the manufacturing process. The Osaka and Mie plants, which have a combined capacity of 172,000 sets per month, won't reopen until May 6, at the earliest. Until then, the company claims it has enough TVs in its inventory to last about a month. One JP Morgan Chase analyst estimates that the company stands to lose 50 billion yen ($590 million) this fiscal year due to the freeze.

That all seems trivial, of course, given that more than 27,000 people in Northeastern Japan are dead or missing and the country is widening its evacuation zone, all while recovering from relentless aftershocks, including one that hit yesterday. Still, the domino effect of a strangled supply chain remains relevant to us as tech journalists, particularly if a scarcity in materials has the potential to drive up prices -- and affect as many kinds of products as we think it will.

Source: Businessweek
Coverage: New York Times
In this article: factories, HDTV, Japan, Japanese earthquake, JapaneseEarthquake, LCD, LCD HDTV, LCD TV, LcdHdtv, LcdTv, Sharp
All products recommended by Engadget are selected by our editorial team, independent of our parent company. Some of our stories include affiliate links. If you buy something through one of these links, we may earn an affiliate commission.