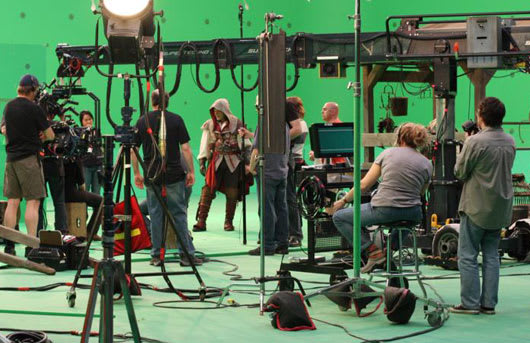 Perhaps all that "playing" of your favorite Ubisoft games was getting tiresome? The French game publisher's film arm, Ubisoft Motion Pictures, told Variety this week that it's working to adapt three of Ubisoft's biggest properties -- Assassin's Creed, Splinter Cell and Ghost Recon -- into "3D features," confirming speculative plans that appeared in a consumer survey last month. UMP head Jean-Julien Baronnet explained that his division "has been working with the games' producers and Ubisoft's marketing team to identify the DNA of each game and come up with storylines that are consistent." He also noted that the group's plans have garnered plenty of interest "from US studios and screenwriters."

Further, senior VP of international marketing and distribution Jean de Rivieres promises a script for at least one of the projects "by the end of the year." He and two other UMP execs will be taking a trip to Los Angeles next month in order to broker deals with studios and agents, Rivieres added.

In addition to the trio of feature projects, the studio is reportedly developing a 3D, CGI animated series based on the Rabbids property and named after the Raving Rabbids game series. It's said to comprise 78 episodes, at seven minutes apiece, and negotiations are apparently underway to distribute the series in France and the US.

[Pictured: Assassin's Creed Lineage (2009 web series) set]
Source: Variety
In this article: 3d, assassins-creed, didier-lupfer, film, ghost-recon, jean-de-rivieres, jean-julien-barronet, movie, movies, raving-rabbids, splinter-cell, ubisoft, ubisoft-motion-pictures
All products recommended by Engadget are selected by our editorial team, independent of our parent company. Some of our stories include affiliate links. If you buy something through one of these links, we may earn an affiliate commission.
Share
Tweet
Share