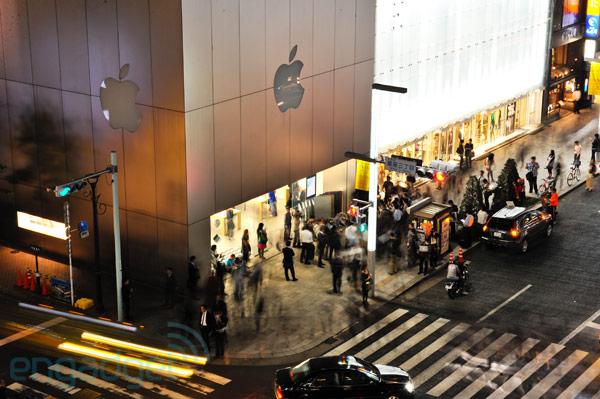 Leave it to Apple to completely avoid CES, yet be one of the largest stories surrounding its dates. Much like last year's invite to what would eventually be the introduction of Verizon's iPhone 4, All Things D has it on good authority that the folks in Cupertino are spending their first hours back on the job planning a "media-related announcement" for later this month. Contrary to earlier beliefs, we're told by All Things D that this particular event won't be related to the next-gen iPad, and it's also "unlikely" to be connected to a "large-scale rethinking of its interactive television initiative."

So, knowing what it won't entail... what will be talked about? According to unnamed sources, Apple SVP of Internet Software and Services Eddy Cue is reportedly involved. For those unaware, Cue is responsible for a sizable chunk of Apple's media units, not the least of which include the App Store, iBookstore, iTunes Store and iCloud. Sadly, details outside of that are few and far betwixt, but you can bet we'll be keeping an ear to the ground for more -- even if it's smack-dab in the middle of a Sony CES keynote. Cough.

Update: TechCrunch is reporting that it'll focus on the publishing sector, with no new hardware whatsoever on tap.

Update 2: Clayton Morris has chimed in and confirmed that it'll be related to iTunes.
In this article: announcement, apple, apple tv, AppleTv, e-reader, Eddy Cue, EddyCue, ibookstore, interactive, internet, ios, ipad, iphone, media, rumor, rumored, rumors, software
All products recommended by Engadget are selected by our editorial team, independent of our parent company. Some of our stories include affiliate links. If you buy something through one of these links, we may earn an affiliate commission.
Share
Tweet
Share