Building community through arcades and beer 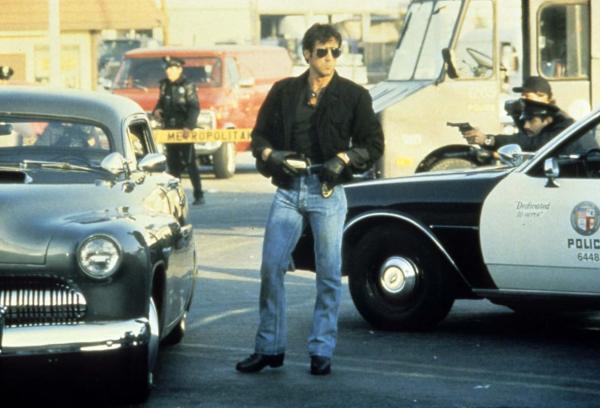 There's a traffic cop on the road ahead and he's just waiting to slap a fine on your speed-freakin' self. But it's cool: Cobra's new Vedetta range of radar/laser detectors will tell you to hit the brakes 30 percent sooner than the previous XRS models, and they additionally come with 2.4-inch LCD displays, the ability to mount almost anywhere on your windscreen or dash, plus optional integrated GPS and access the company's AURA database of known speed traps. Soon as you're back down to 50MPH, you can warn the rest of your undercover convoy to do the same, thanks to the new Cobra CXT two-way radio line-up featuring a range up to 35 miles, NOAA Weather Radio and a dedicated button for crude one-liners. Read on for the press releases, but don't expect much detail on pricing or availability -- at least until CES rolls around.

CHICAGO, IL-January 9, 2012: Cobra Electronics Corporation (NASDAQ: COBR), a leading
designer and marketer of award-winning automotive, mobile and consumer electronics, today
announced it will preview the new Cobra Vedetta series, a stunning new automotive industry
advancement in radar and laser detection, to an expected audience of more than 140,000 consumer
electronics industry representatives from more than 140 countries around the world at the 2012
International CES. Cobra is showcasing the Cobra Vedetta line and the rest of its 2012 product lineup in Booth #9839 in the Central Hall at the 2012 CES exhibition taking place this week at the Las Vegas Convention Center in Las Vegas, Nevada. The 2012 International CES event runs January 10-13,
2012.

Cobra Vedetta™ – The New Standard in Radar/Laser Detection
The Cobra® Vedetta Ultimate Detection Systems Series set the new standard in radar/laser detection system. The revolutionary detection system boasts a 30 percent increase in performance over Cobra's current flagship model, providing stellar range and more than ample time to react to potential threats. The Vedetta line sports a 2.4-inch TFT color LCD display on a multi-axis hinge and a ball-socket suction cup mounting bracket, which allows the driver to mount the detector virtually anywhere on the windshield or dash of their automobile. The display can be rotated 270 degrees vertically and 60 degrees horizontally. Mounting radar/laser detectors on the center of the windshield has historically been critical for performance, but is not necessarily ideal for driver visibility as well as unit concealment.

In addition to setting a new benchmark among detection systems for form factor, and driver
ergonomics, Cobra offers an integrated GPS receiver and free, lifetime access to its AURA™ national database of speed/red-light cameras and known speed trap locations.

2012 INTERNATIONAL CES, LAS VEGAS, NV-January 9, 2012: Cobra Electronics Corporation
(NASDAQ: COBR), a leading designer and marketer of award-winning automotive, mobile and
consumer electronics, today announced its new 2012 lineup of two-way radios on the eve of the 2012 International CES show in Las Vegas, Nevada. The entire 2012 family of market-leading two-way radio/GMRS (General Mobile Radio Service) products, slated for availability in March 2012, will be on display throughout the duration of 2012 International CES in Booth #9839 of the Central Hall in the Las Vegas Convention Center. The 2012 International CES event runs January 10-13, 2012.

The new GMRS models for 2012 include:

CXT135 – This affordable new model includes advanced NOAA Weather Radio capabilities,
making it the most economical weather radio on the market today. With a range of up to 16
miles, Power Saver circuitry for extended battery life, Call Alert, and rechargeable NiMH
batteries, the new CXT135 is a powerful and affordable addition to Cobra's lineup. MSRP:
$49.95.

CXT235 – The powerful CXT235 includes all the features of the CXT135, plus an extended
range of up to 20 miles. It also features NOAA All Hazards Alerts providing loud audible
alerting in the event of a weather alert or other emergency. The NOAA Alert feature activates
an automatic alarm on the radio if NOAA sends a tone alert with the warning. The tone will
activate an alarm on the CXT235, even if the audio is turned off. This is especially useful for
warnings which occur at night when most people are sleeping. MSRP: $59.95.

The 2012 lineup also includes the CXT425, CXR725, CXR825 and CXR925 models, featuring maximum performance and range of up to 35 miles, advanced NOAA Weather and Emergency radio capabilities, rechargeable high-performance LiON batteries, desktop chargers, and much more.
In this article: Cobra, Cobra CXT, cobra vedetta, CobraCxt, CobraVedetta, CXT, laser detector, LaserDetector, radar detector, RadarDetector, speed, speed trap, speed traps, SpeedTrap, SpeedTraps, two-way, two-way radio, Two-wayRadio, vedetta, walkie talkie, WalkieTalkie
All products recommended by Engadget are selected by our editorial team, independent of our parent company. Some of our stories include affiliate links. If you buy something through one of these links, we may earn an affiliate commission.
Share
Tweet
Share