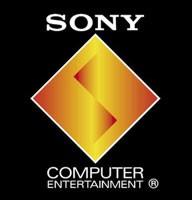 Looks like Sony is reaping the benefits of strong holiday sales for its range of consoles coming under the PlayStation umbrella. After introducing the PS Vita early in December, the company managed to shift about 500,000 units in its own backyard, while ageing predecessor, the PSP, continued to sell 1.6 million units worldwide. Not to be outdone, the PS3 nearly broached the 4 million mark, bringing Sony closer to its fiscal year-end goal of 15 million for the five-year old gaming powerhouse. The system's motion control add-on, Move, also moved a considerable 1.7 million units, with the PS2 still puttering along and enjoying "robust sales in emerging countries." Brand equity? Sony's got it in spades.


Sony Computer Entertainment to Further Expand the World of PlayStation®

PS Vita sold half million units(*2) to consumers since its launch on December 17, 2011 in Japan and December 23, 2011 in Asia(*3). Deep and immersive gaming is at the core of PlayStation's DNA, and PS Vita is the latest embodiment of this vision. PS Vita offers a revolutionary combination of rich gaming and social connectivity within a real world context, and by having 3G network connectivity, PS Vita provides infinite possibilities for users to connect with friends and other PS Vita users. PS Vita launched concurrently with 24 software titles from both 3rd party developers and publishers and SCE Worldwide Studios, including "RIDGE RACER" from NAMCO BANDAI Games Inc., "LORD of APOCALYPSE" from SQUARE ENIX CO., LTD., "DYNASTY WARRIORS NEXT" from Tecmo Koei Games Co., Ltd., "Everybody's Golf 6," "Little Deviants," and "Uncharted: Golden Abyss" from SCE enabling users to enjoy a wide array of gameplay experiences. In addition, more than 70 PS Vita software titles are now in development for the Japanese market to ensure PS Vita users always have an amazing selection of games to choose from.

The PlayStation 3 platform continues to grow in popularity with consumers across the world. With its unmatched lineup of exclusive software titles, expanding entertainment services on PlayStation®Network and support for new technologies, including stereoscopic 3D and PlayStation®Move, the PS3 has become the center of the living room for entertainment. The PS3 system exceeded 3.9 million units(*2) worldwide during the holiday sales season, and continues to build momentum and remains on track to reach its annual sales target of 15.0 million hardware units worldwide in the fiscal year ending March 31, 2012. With continued support from 3rd party developers and publishers around the world, numerous blockbuster software titles were released for the PS3 system during the holiday season. The software line-up includes platform-defining franchises that contributed significantly to PS3 hardware sales such as "MOBILE SUITE GUNDAM EXTREME VS." from NAMCO BANDAI Games Inc., "FINAL FANTASY XIII-2" from SQUARE ENIX CO., LTD., "WARRIORS OROCHI 3" from Tecmo Koei Games Co., Ltd., "UNCHARTED 3: Drake's Deception" (SCE). The PS Move motion controller continues to appeal to more gamers as it exceeded 1.7 million units during the holiday sales season. PS Move will continue to offer more supported and dedicated titles for 2012, delivering PlayStation's experience to more users around the globe. The PlayStation®2 platform continues its sales momentum and remains robust sales especially in emerging counties and regions such as Eastern Europe, the Middle East, Southeast Asia and South America, and exceeded half million units worldwide.

The PSP platform continued its growth, attracting a broader range of users with its enhanced line-up of software titles from 3rd party developers and publishers as well as from SCE WWS. Worldwide PSP sales exceeded 1.6 million units(*2) during the holiday season. The PSP systems continue to perform well with PSP-3000 series, the popular PSP system in Japan and North America, a wide variety of PSP software libraries, and PSP-E1000, exclusively released in Europe and PAL territories without Wi-Fi connectivity feature at an attractive price point of €99 in November 2011.

SCE will continue to deploy various measures to further expand the PlayStation business with strong support from users as well as 3rd party developers and publishers, and will vigorously enhance the world of computer entertainment system that is possible only on the PlayStation platforms.

(*1) From November 21, 2011 to January 5, 2012 for Japan and Asia, from November 21 to December 31, 2011 for North America, and from November 18 to December 31, 2011 for Europe / PAL territories.
(*2) Number of retail sales to customers is estimated by SCEI.
(*3) Hong Kong and Taiwan.
(*4) Some titles are only available in Japan.
In this article: consoles, gaming, holiday sales, HolidaySales, Move, PlayStation, portable consoles, PortableConsoles, PS Vita, PS2, PS3, PSP, PsVita, sales, Sony, video games, VideoGames
All products recommended by Engadget are selected by our editorial team, independent of our parent company. Some of our stories include affiliate links. If you buy something through one of these links, we may earn an affiliate commission.
Share
Tweet
Share