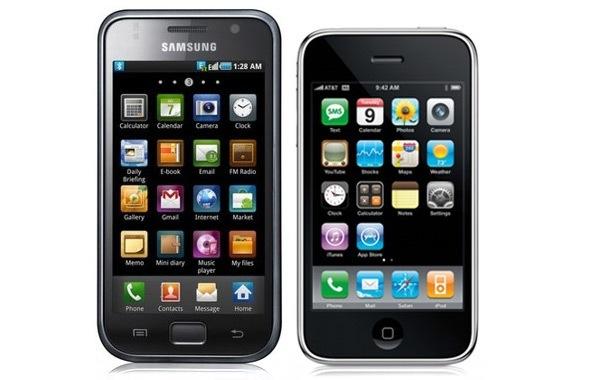 With patent infringement accusations going every which way in recent months, we're certainly familiar with Apple/Samsung banter in the international arena. Now Apple has thrown yet another punch at the Korean smartphone maker, targeting its Galaxy S II, Galaxy S Plus and eight other handsets, claiming -- yes, you've got it -- patent infringement. The suit was filed in Dusseldorf Regional Court -- the same venue that the company used to target the Galaxy Tab 10.1N, which was created specifically to sidestep a September injunction, also in Germany. It's becoming rather difficult to keep track of all the IP hubbub across the pond, but we'll surely be back with more as soon as the German court has a ruling to share.
In this article: apple, court, design, Dusseldorf, Dusseldorf Regional Court, DusseldorfRegionalCourt, galaxy, galaxy s, galaxy s ii, galaxy s plus, galaxy tab, galaxy tab 10.1, galaxy tab 10.1n, GalaxyS, GalaxySIi, GalaxySPlus, GalaxyTab, GalaxyTab10.1, GalaxyTab10.1n, germany, illegal, ios, lawsuit, legal, patent, patent infringement, PatentInfringement, patents, samsung, samsung galaxy, samsung galaxy s ii, samsung galaxy s plus, SamsungGalaxy, SamsungGalaxySIi, SamsungGalaxySPlus, sue, suit
All products recommended by Engadget are selected by our editorial team, independent of our parent company. Some of our stories include affiliate links. If you buy something through one of these links, we may earn an affiliate commission.
Share
Tweet
Share