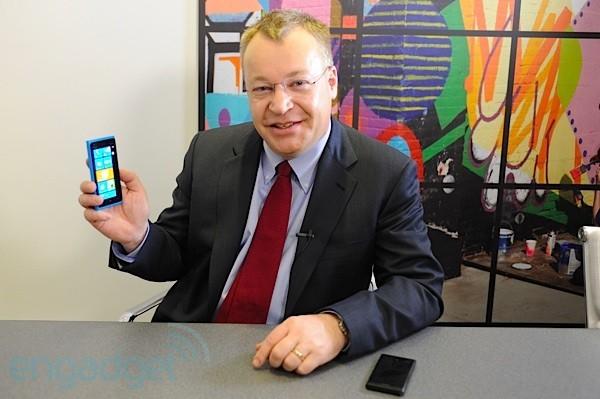 Nokia released its latest quarterly earnings report today, following up on a somewhat disappointing Q3 with a similarly bleak Q4. The Finnish manufacturer finished 2011 with a little more than €10 billion ($13.1 billion) in net sales -- 11 percent higher than Q3, but 21 percent lower than 2010, when Nokia raked in about €12.7 billion (approximately $16.7 billion). Operating profit, meanwhile, rose by 90 percent over Q3, but is still down on the year by a whopping 56 percent; this quarter, in fact, saw an operating loss of €954 million (about $1.3 billion). Its net cash and liquid assets also dropped by €1.4 billion over the year, marking a 20 percent decline. The general takeaway, then, is that things are looking better than they were last quarter, but worse than they were last year.

To date, the company has sold "well over" one million Lumia devices, but this Windows Phone surge has apparently come at Symbian's expense. "In certain markets, there has been an acceleration of the anticipated trend towards lower-priced smartphones with specifications that are different from Symbian's traditional strengths," CEO Stephen Elop said in a statement. "As a result of the changing market conditions, combined with our increased focus on Lumia, we now believe that we will sell fewer Symbian devices than we previously anticipated." Looking forward, Nokia expects to break even during the first quarter of 2012, due in part to lower than expected seasonal sales and what it calls "competitive industry dynamics." For the full report, check out the source link below.
In this article: breaking news, business, cellphone, earnings, earnings report, EarningsReport, espoo, financial, financials, handset, industry, Lumia 710, Lumia710, mobilepostcross, money, nokia, profit, q4, q4 2011, Q42011, revenue, sales, smartphone, stephen elop, StephenElop, symbian, windows phone, WindowsPhone
All products recommended by Engadget are selected by our editorial team, independent of our parent company. Some of our stories include affiliate links. If you buy something through one of these links, we may earn an affiliate commission.
Share
Tweet
Share