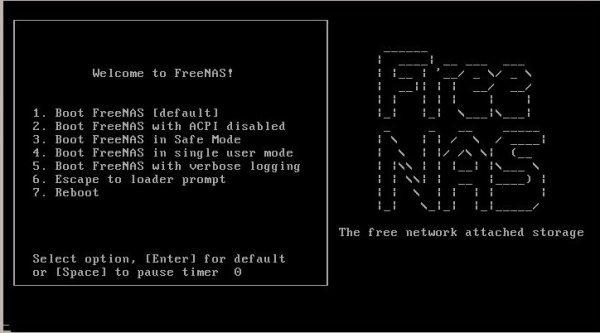 Ask Engadget: What's the best budget NAS?
Kingston Wi-Drive for iOS hits stores today, lets you create your own portable music server for $130
Tilera sees sense in the server wars, puts just 36 cores in its newest processor
In today's digital world we've all got data, and lots of it. Our libraries are also growing rapidly: where you used to get by setting aside a few bookshelves for your books, CDs, DVDs and VHS tapes, we now require untold server space to preserve our beloved media in digitized form. We also want our data to be itinerant, or at least seem that way. That is, if you want to take a book or disc to another room of your abode, you pull it from the bookshelf and take it with you. Similarly, if you're working on a document upstairs on your desktop and you want to move to the den with your laptop, you'll need the proper infrastructure working in the background to enable that kind of wizardry. So, how can we create this "digital bookshelf?" Can you go out and buy it now? Can you build it in your garage? As it turns out, the answer is "yes" on all counts. You could go out and buy a Drobo device but in this case, we're going to assemble our own. And we're going to do that with the help of an open source storage platform called FreeNAS. So how involved a process is that? Meet us after the break to find out.

What is FreeNAS you say? Put simply, it's is an operating system based on FreeBSD that brings with it a snazzy web interface for management, and all the protocols you need to share files between Windows, Mac and Linux. In other words, a perfect solution for your digital bookshelf. Let's get to it.

However, since the economy is tough and budgets are tight, we wanted to show that you don't necessarily need the bee's knees of hardware to get FreeNAS up and running. We had the following components lying around, and they worked stupendously:
Sidenote: Drives are supremely important here. Ideally, you would have at least five 1TB SATA HDDs and a separate SSD for the ZFS Intent Log (ZIL). If you wanted to take it one step further, you could mirror the ZIL with two solid-state drives. This would provide a very redundant and high-performing NAS. However, the scope of this how-to is strictly getting a cheap FreeNAS environment up and running with the most basic of hardware. Especially since flooding in the Asia-Pacific areas have caused HD prices to nearly double in price, 1TB drives do not come cheap compared to a year ago.

If you're one of those extremely cautious people who has to double check everything, here's a URL to the FreeNAS hardware requirements. We recommend you at least glance at them if you're going to go out and hunt down shiny new hardware.

Once you've got your hardware squared away we have to get some things out in the open:Other than those three items, there's not much more to worry about -- it's time to install FreeNAS. To make things extra simple, we'll break this into numbered steps for you.

1. The very first step is to download the FreeNAS ISO image and burn it to a blank CD-R/CD-RW. You can get the file here.

2. Place the USB stick into a USB port that's attached directly to your system board. Don't insert it into one of those front panel sockets; to be safe it should be in the back of the PC. Yours truly had some weird results using front panel USB ports, which included installations crashing and very slow operation.

3. Power up your machine and head directly to your BIOS config. Do not pass go, do not collect $200. We have to be sure to set the boot devices in the proper order. Since BIOS options vary from device to device, here's the basic the order you want: CD/DVD drive, USB HDD, disable all other devices. Save your settings, place the freshly baked CD in your drive and reboot.

4. If everything went well with the last step you should now be booting to the first bootloader. You'll see some text scrolling and gibberish like so:

Next you'll get to the bootloader, which looks like this:

5. At this point you can either press Enter or allow the timer to count down. Whichever you choose, you'll end up in the actual FreeNAS installer here:

6. Odds are your device will be listed as da0 on this screen as well. Double check the description and size to be sure. As you can see, in our case it plainly reads, "SanDisk Cruzer 8.02 -- 7.5GiB," the name of our USB Stick. Select your device and press Enter.

7. The installer here gives us a nice little warning which states that all data will be wiped from your drive for installation. Hit "Yes" to proceed.

8. As soon as you press Enter you'll notice the dialogue beginning at the bottom of the screen. Man, that's flashy. Eventually, you'll see a message reassuring you the installation is complete and that it's time to reboot again.

9. It does as it's told. Hit Enter and remove the CD from your drive so you boot to your newly minted FreeNAS installation. Once your computer reboots, you'll be inside the FreeNAS OS.

At this point, if you see this screen, go ahead and let out a single "woot!" You deserve it. Congratulations, you've now got FreeNAS installed. Okay, now get a hold of yourself, as we've still gotta carve out some disk volumes and share 'em.


1. Make note of the next-to-last line on the screen (highlighted in green below): http://192.168.11.48/. That's telling us the URL through which we can access the FreeNAS management interface.

Sidenote: By default, FreeNAS utilizes DHCP for obtaining IP addresses; your IP is almost certainly going to be different. In most home environments, DHCP is used for serving out IP addresses, so it's easiest to leave the FreeNAS configuration as is to avoid any IP conflicts on your home network. If a storm knocks out power to your home and everything reboots, you may have to check this screen again if your DHCP client tables gets wiped out, as the address may change. If you happen to be running a network where you statically set IP addresses, good for you. You'll of course need to set a static address on your FreeNAS system by choosing option one on the Console Setup Screen. We won't cover configuring static addresses in this how-to, so you're on your own there.

2. Let's open up the management interface now. From another computer on your network, open up a web browser and enter the address you see on your FreeNAS machine. You should see this:

3. Notice in the top right you see that red "Alert" light blinking. Click it now.

Next up, we need to create a regular, non-administrator user. In the left menu, expand "Account", then "Users" and click "Add User." Fill in the details required: username, real name and password, with the primary group set to "wheel." (We complete this step on the off chance you'll get prompted for credentials when you connect to your share later on.)

With that business out of the way, it's time to set up our disks and file sharing. But first, we need to make sure you understand two key points. For starters, FreeNAS supports two types of file systems and three sharing protocols. Let's discuss the two file systems first.
As we said, FreeNAS supports three sharing methods: All three of these have their advantages and trade-offs. For simplicity's sake, we're going to show you how to set up a CIFS share. This is because Windows, OS X and your favorite GNU/Linux distro all offer support for this protocol out of the box.

1. First, we have to set up our disk volumes. In the left menu, expand "Storage," then "Volumes" and select "Create Volume." You should see this screen:

Before you check any disks, give the volume a name and click "ZFS." This will show the ZFS Extra section. Notice iyou can select None, Log, Cache or Spare for each disk listed. You would use these options if you wished to host your ZFS Log data or cache on a separate drive, like an SSD, to increase performance. The spare option would allow the drive to operate as a backup in the event one of the other drives failed. For the purpose of this guide, we'll leave them all set to "None."

2. Check all of the disks in the "Member disks" section.

In our case, we'll go with ZFS Stripe. If you have a better disk setup than us -- say, three 1TB drives -- you'll want to choose RAID-Z or ZFS Stripe with two drives and configure the third drive as a spare in the ZFS Extra settings.


At last, we click "Add volume" and the volume is created. Next, change the permissions on that volume so that anyone can read and write to it.

1. On the left, under Storage > Volumes, you should now see it listed as /mnt/myvolname, where "myvolname" is the name you gave to your newly minted volume . In our case, it's /mnt/data. Expand that menu and click "Change Permissions."

2. Under the "Mode" section, select both unchecked boxes beside "Write" and select "Set permission recursively."

Now it's time to share that volume and get on with the exciting business of saving your data.
The very first thing we need to do is enable the services required to share our files. Since we're using CIFS specifically, we want to enable the service required for that particular protocol. So, click on the "Services" button with the gears icon at the top of the page, and you should see this:

Hit the "OFF" button to enable CIFS. Here, you can also enable any other protocol you'd like, such as SSH, NFS, AFP, et cetera. The slider should be flipped to "ON" when you're done.

Now you can enjoy your FreeNAS storage. Start copying over your music, pictures and movies. And hey, now you can enable UPnP in FreeNAS and pickup a media player that supports DLNA. There's really so much you can do with a home NAS. Exploring is half the fun.
In this article: CIFS, FreeNAS, how to, how-to, howto, NAS, network attached storage, NetworkAttachedStorage, samba, ZFS
All products recommended by Engadget are selected by our editorial team, independent of our parent company. Some of our stories include affiliate links. If you buy something through one of these links, we may earn an affiliate commission.
Share
Tweet
Share