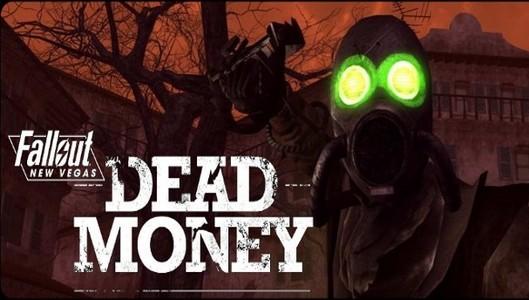 This is a weekly column focusing on "Western" role-playing games: their stories, their histories, their mechanics, their insanity, and their inanity.

Have you ever been horribly frustrated by one part of a game, only to think of it as the best and most memorable section of that game in retrospect? It's the ruins of D.C. for me. I played Fallout 3 on the PC a year or so after release, so the first thing I did was load up on mods, introducing different play balance, graphics, more weapons, and most motivating of all, more music for Galaxy News Radio. But at the start of the game, GNR is in trouble and the station's signal is weak. So I went to fix it as soon as I could.

When I went into the ruins of D.C., I wasn't ready. By heading in that direction almost immediately, I skipped doing smaller-scale quests, which would have provided more experience and better equipment. D.C. was a slog. I scrambled for ammo, for health. I explored nooks and crannies that I didn't need to, because I hadn't even really figured out the game's compass yet. It was nail-bitingly tense, it was fresh, it was new, it took me hours. It was a pain, too. I died multiple times, but oh was it magnificent.

Video games have a certain rhythm to them. Really, they have several different rhythms to them. Musician and critic Kirk Hamilton has written eloquently on the subject, focusing on the moment-to-moment rhythms of games. But there's also a broader rhythm, which comes down to what you spend your time on overall. In Gears Of War, it's simple. You start a fight, you win the fight, reinforcements appear, you beat them, you explore the area, you move along, watch a cutscene, and then pick another fight to start the rhythm again. RPGs have these rhythms too, usually based around quest structure.

The conventional quest rhythm of the modern RPG started with the original Fallout, back in 1997, as so many things did. It was refined by BioWare in Knights Of The Old Republic, and in multiple MMRPGs. The game's main quest guides your character to a central location – a hub – usually a town, where multiple characters offer you quests. If you're like me, you load up on as many of these as possible, and then try to clear them up as efficiently as possible.

Fallout 3 didn't follow this model entirely. Its rhythms were more based in exploration. Find a Vault, delve into the Vault, spend half an hour figuring out what's going on. Sure, it had quest hubs, but they were minor. Skyrim, when it's working well, follows the exploration model even better than Fallout 3. Fallout: New Vegas, to my disappointment, was not so exploration-based. It used the conventional "hub" form, with too-simple rhythms. Everything seemed to take the same amount of time, and if it was too hard – and it rarely was – there was another quest to do first, to improve your Courier just enough that you could handle whatever you were trying to do.

In a way, these western RPGs are following in the footsteps of the Japanese RPGs of the 1990s. I suppose this is appropriate, given how the WRPG has supplanted the JRPG as the dominant commercial form of the genre in the last decade. Starting with Final Fantasy IV in 1991, console role-playing games used a fairly rigid rhythmic structure. Go to a town, find the town has a problem, go to a nearby dungeon, clear out the dungeon, fight the boss, go to the next town. Town-dungeon-boss. Those great Final Fantasy games were built on that, as were most of the other classics of the era, like Phantasy Star IV, Suikoden II, and even the otherwise-odd Valkyrie Profile. This structure became formula, which became cliché, and JRPGs have struggled to improve upon that form ever since.

My journey into D.C. disrupted the rhythm of Fallout 3. It took the basic form I'd begun to learn, and it changed it. It added length and difficulty. Instead of spending half an hour clearing a Vault, I was spending three or four hours struggling against a seeming army of Super Mutants, underground. A relatively straightforward game became a much bigger challenge, forcing me to play in a fashion I hadn't anticipated.

So many of those great gaming moments are built out of disruptions. It's like the first scene in "The World Of Ruin" in Final Fantasy VI, with Celes on the beach, or one of the fights in Gears Of War that lasts four or five times longer than a normal clash, with multiple waves of enemy reinforcements from different directions. These are the moments where the song breaks down, where the band devolves into handclaps and chants, or the rapper drops the beat but keeps the soulful vocal sample for a bit. They're the moments that force you to pay attention.

Fallout: New Vegas didn't do this. Oh, sure, I still enjoyed the Fallout 3 engine, I was impressed with the writing, and I had great respect for the moral ambiguities of the choices in the main plot. But it didn't grab me; it didn't force me to pay attention. One quest hub tended to seem the same as the next one.

Then I went off to play my first DLC mission, "Dead Money". This was exactly what I was looking for. My character was whisked away to a new and dangerous area, with all her equipment taken away. Instead of a storyline whose nonlinearity meant that I was never challenged, here I was not only challenged by linearity, but also the problem of finding new equipment and navigating various environmental hazards like toxic gas or fatal radio signals. Putting constraints on where and how I could play forced me to interact with the game differently, and better. Also, the smaller-scale nature of the storytelling gave the handful of new characters more opportunities to display personality through specific interactions instead of generic asides (which they also had, and were the most annoying part of "Dead Money").

Don't get me wrong, I still enjoyed it a great deal and would generally recommend it, along with the rest of the DLC. But only "Dead Money", parts of "Lonesome Road", and a few Vault explorations ever disrupted the too-comfortable rhythm of the game.

I don't actually like the rhythms of the quest hub. I think they're holding the genre back by becoming too formalized and too constraining. Not every game needs to be a pile of side quests of roughly equivalent difficult and length. But as long as it's the default rhythm of the genre, we need to acknowledge what works and what doesn't work about it. Disruptions can work, and they can help the entire game look better around them.

This is not to say linearity is superior to nonlinearity, but rather that variety is a necessary component of quality games. Over the years, quests have become more and more discrete and important, shifting from a journal that automatically recorded them to, arguably, the prime mechanic for how we interact with RPGs. Those quests need to feel different from one another, or else they lose their impact.

Coming Soon: The question of morality, my first foray into The Witcher, what Lands Of Lore & Betrayal At Krondor have in common with Final Fantasy, and RPGs without combat.
Rowan Kaiser is a freelance writer currently living the Bay Area, who also writes for The A.V. Club, and has been published at Salon, Gamasutra, Kotaku, and more. He still occasionally finds Ultima VI Moongate maps and mantra notes when he visits his parents' house. Follow him on Twitter @rowankaiser.
In this article: Fallout-New-Vegas, microsoft, pc, playstation, ps3, rowan-kaiser, rpg, xbox
All products recommended by Engadget are selected by our editorial team, independent of our parent company. Some of our stories include affiliate links. If you buy something through one of these links, we may earn an affiliate commission.
Share
Tweet
Share