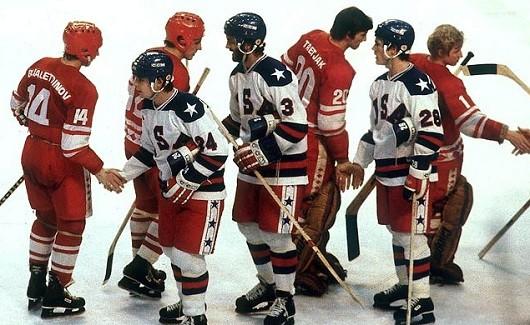 When was the last time you said congratulations to someone in game? And no, I don't mean the spammy "congrats" when someone in guild gains a level, an AA, a skill up, a crafting combine, or any of the dozen other milestones that pop up every day in chat. Those are the easy congratulations because the accomplishment has no direct effect on you. I'm talking about the congratulations when someone beats you in game. You might be in a duel or battleground, and the other guy ends up taking you out. You might be racing for a named mob, and the other guy gets there first. Or you might be in that guild that always seems to fall just a bit short and winds up the bridesmaid when it comes to guild progression.

There is plenty of competition in MMOs, but you rarely see much sportsmanship from players. In this week's Guild Counsel, we'll look at why it's so hard to say "congrats" and why that has an effect on guilds as well as on the communities overall.

Let's face it: We're not very good sports when it comes to dealing with loss in our MMOs. Part of that is because players prefer gamesmanship to sportsmanship. We tend to do what it takes, short of cheating, in order to win (and sometimes we do cheat!). How many times have you watched someone steal a harvesting node or quest clickie update right from under you after you did all the hard work to kill the mobs surrounding it? How many times have you fought hard against another player, and just as you get him down to the last sliver of life, his friend swoops in and finishes you off? Sure, it's within the rules, but it certainly is not cool. It's no wonder that people have a hard time grouping -- it's hard to look at other players and not assume the worst about them.

That said, why are players so loath to recognize an accomplishment? When a guild downs a new raid boss, the default is usually some comment about how its strategy was poor or that certain members in the guild are lacking or that it doesn't mean anything because that guild wasn't the first to kill Boss_01 in the past. Similarly, when a player passes by someone who's decked out in amazing gear, usually the first inclination is to hate him for it. Even if not spoken, thoughts usually turn to things like "jerk raider," "e-peens," and "big deal; it doesn't mean anything; it's just a video game" (which raises the question of why the commenter is playing the game in the first place). In-game achievements usually end up becoming a cause for debate rather than a cause for celebration.

The other reason why it's so hard to be a good sport is that MMO players are horrible winners. It's hard to feel congratulatory when someone's doing a touchdown dance on my corpse or shouting "eat it, sucker!" after beating me to a named. Bragging is so enmeshed in MMOs that it's practically accepted as part of the culture. Players post videos of their in-game accomplishments, complete with in-your-face rock music and gloating narrative. Guilds fill their websites with self-aggrandizing news posts about their progression and loot. And forums are usually the worst when it comes to players promoting themselves and expressing complete disdain for others.

For guilds, the graceless winner is one of the most dangerous members to have on the roster. He's got such an inflated view of himself and such a low opinion of others that he'll bring plenty of division and drama to guild life. When the guild wipes, he's the first one to point the finger at others, but don't hold your breath at the possibility of his pointing it at himself if he makes a mistake. When someone else gets an item he wants, you won't hear congrats from him, but you'll get an earful later on after the raid about why he should have gotten it. And if you are a successful progression-minded guild, he'll make sure to rub it in the community's face and make players grit their teeth when they hear your guild name. On top of that, he'll cause the nicest people in the world to suddenly become sore losers, and that's the last thing you want in your guild.

Practically every night, hockey players attempt to beat the snot out of each other during their game, and they finish by lining up and shaking each other's hands. In sports, no matter who wins or loses, and no matter how controversial the outcome, players shake hands and say "good game" or "congratulations." That's true of most competitions, from spelling bees to beauty pageants to whatever cookie-cutter singing contest Simon Cowell comes up with next. And when we see prominent figures become sore losers, we pillory them for it. (Even if there were a ridiculous number of dropped passes!)

I do think things have come a long way when it comes to sportsmanship in MMOs, but we're certainly not yet in the realm of gentlemanly politeness. It's hard to change that mindset partially because of the chicken and egg dilemma. Who changes first, the braggart or the sore loser? You'd think that saying congratulations to an obnoxious winner would cause him to dial it down and be a little more humble, but that's not necessarily the case, and it sometimes encourages him to act even more ridiculous because it's easy to be a jerk on the internet. At the same time, there's such a loathing of winners in MMOs that the only ones left to celebrate accomplishments are the winners themselves.

When my six-year-old son beats me in a game, he can't help but celebrate, but in the middle of his cute leaps of joy, he catches himself and reaches out his hand to say "good game." It would be nice to see players do that more often as well. MMOs are maturing, and in time, hopefully the community will continue to mature, and players will win with grace and be OK with saying congratulations when they lose.

Do you have a guild problem that you just can't seem to resolve? Have a guild issue that you'd like to discuss? Every week, Karen Bryan takes on reader questions about guild management right here in The Guild Counsel column. She'll offer advice, give practical tips, and even provide a shoulder to lean on for those who are taking up the challenging task of running a guild.
In this article: congrats, congratulations+for+doing+excellent+job, congratulationsfordoingexcellentjob, featured, good-sportsmanship, grace, guild, guild-advice, guild-counsel, guild-leadership, guilds, karen-bryan, problem-members, sore-losers, sportsmanship, sportsmanship+vs+gamesmanship, sportsmanshipvsgamesmanship, winner, winners, winning, winning-with-grace
All products recommended by Engadget are selected by our editorial team, independent of our parent company. Some of our stories include affiliate links. If you buy something through one of these links, we may earn an affiliate commission.
Share
Tweet
Share