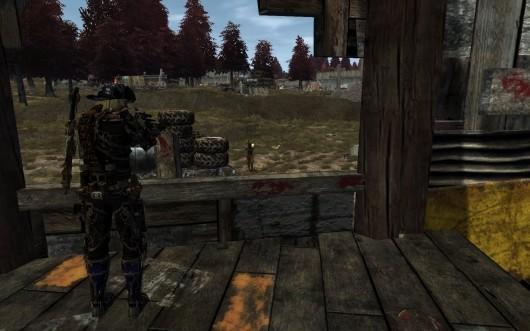 The GamersFirst crew is back with a closer look at one of the exciting PvP features that's being created for Fallen Earth: Global Territory Control. The idea behind GTC is that the devs wanted a comprehensive system that would track faction dominance in PvP across the entire game world.

Global Territory Control takes in data from Conflict Towns, Faction Control Points, and open PvP areas, crunches the stats, and spits out a single point rating that shows how well (or forehead-slappingly bad) each of the game's six factions is doing. The new system will go into place for the entire game except for Sector 1, and you'll have to be level-appropriate for the zone to contribute to your faction's GTC score.

If a faction earns enough points, then an insanely nice buff is handed out as a reward -- but only one faction can have it at any time. The buff increases the speed of crafting and harvesting and also improves the gain of random AP, Death Toll, faction points, and XP.

This system is still being prepped for a future update.
In this article: conflict-towns, death-toll, dev-diary, f2p, faction, faction-control, faction-control-points, fallen-earth, fe, free-to-play, gamersfirst, global-territory-control, gtc, preview, pvp
All products recommended by Engadget are selected by our editorial team, independent of our parent company. Some of our stories include affiliate links. If you buy something through one of these links, we may earn an affiliate commission.
Share
Tweet
Share