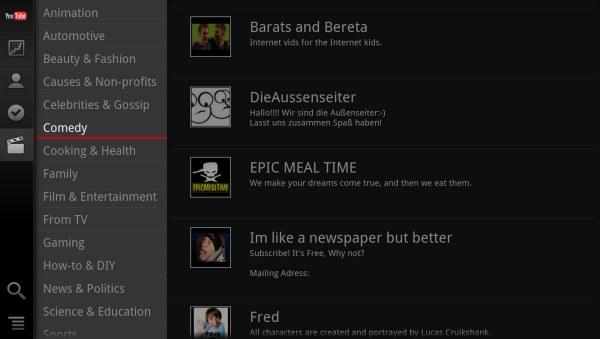 Since Eric Schmidt made the rather bold proclamation that "most" new TVs would have Google TV embedded by summer 2012, we've all been waiting for something "big" from Mountain View. Well, if you can believe the services' Facebook page, "big announcements" are just what we can expect Monday. A post on Google TV's profile leaves a lot to the imagination, but while speculation is already jumping sky-high (Google TV Nexus, anyone?) the possibilities range all the way from new product announcements to minor service / feature expansions or contests -- so set your alert levels accordingly. Of course, if it were really a big deal then you'd think the news would come out on Google+, right?

Update: Just that fast, the official blog has revealed the big announcement and it's.... an updated version of the YouTube app. For what it's worth, the new version is supposed to be faster with smoother navigation when it starts rolling out "in the next few days." It also adds a "Discover" feature for browsing by category, new channel pages and better tie-ins for related videos, which should help viewers browse its growing library of premium content, but isn't exactly the big announcement some may have anticipated. Check the blog for more details and return to DEFCON 5.
In this article: android, announcement, announcements, app, browse, connected tv, ConnectedTv, discover, google, google tv, GoogleTv, hdpostcross, smart tv, SmartTv, television, tv, video, youtube
All products recommended by Engadget are selected by our editorial team, independent of our parent company. Some of our stories include affiliate links. If you buy something through one of these links, we may earn an affiliate commission.
Share
Tweet
Share