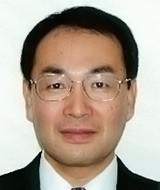 In the aftermath of company losses that passed $9 billion, Panasonic has announced that Fumio Ohtsubo is to step down as company president. He'll be replaced by current senior executive Kazuhiro Tsuga in an executive reshuffle that'll take place in June, when Ohtsubo will step up to become chairman of the board, replacing Kunio Nakamura who is taking an "advisory role." Tsuga was formerly an exec. at Matsushita (before it was renamed... Panasonic. Confusing, we know), where he spent a lot of time thumbing his nose at HD DVD and promising that Blu-Ray would win the last format war -- so we know his instincts are at least halfway decent.

In this article: Blu-Ray, Board, Business, Chairman of the Board, ChairmanOfTheBoard, Company President, CompanyPresident, Corporate, Financials, Fumio Ohtsubo, FumioOhtsubo, hdpostcross, Kazuhiro Tsuga, KazuhiroTsuga, Kunio Nakamura, KunioNakamura, Loss, Matsushita, Panasonic, President, Reshuffle, Writedown
All products recommended by Engadget are selected by our editorial team, independent of our parent company. Some of our stories include affiliate links. If you buy something through one of these links, we may earn an affiliate commission.
Share
Tweet
Share