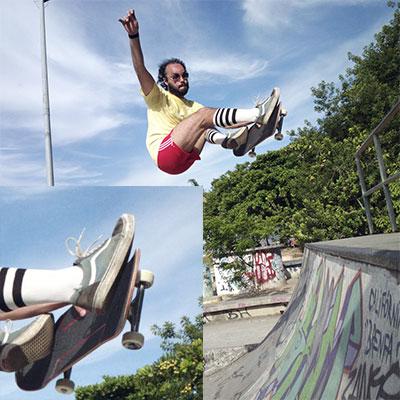 Nokia's 808 Pureview was one of the major stories of last week's MWC. We're desperate to get to grips with a final retail model and push that 41-megapixel sensor to its limits -- but until then, a handful of extra sample shots will have to suffice. This sharp, detailed mid-air shot bodes well for some high-speed image capture on Nokia's new cameraphone chimera. (However, at the peak of a board trick, you're largely static.) While several more of these unearthed photos are already embedded into Nokia's own 808 landing page, the unobscured image files appear to be a treasure trove for phone tinkerers, with one Pentax Forums member able to eke out plenty of detail from a previously silhouetted sample shot. We've chopped together a before-and-after to accentuate those differences right after the break. Otherwise, you can take a look at the source for a full-size rundown of those hidden images.

In this article: 808, 808 PureView, 808Pureview, cameraphone, exclusive, mobilepostcross, mobilepostmini, mwc, mwc 2012, Mwc2012, nokia, Nokia 808, Nokia 808 pureview, Nokia808, Nokia808Pureview, pureview, sample images, sample photos, sample pictures, sample shots, SampleImages, SamplePhotos, SamplePictures, SampleShots, smaple shots, SmapleShots
All products recommended by Engadget are selected by our editorial team, independent of our parent company. Some of our stories include affiliate links. If you buy something through one of these links, we may earn an affiliate commission.
Share
Tweet
Share