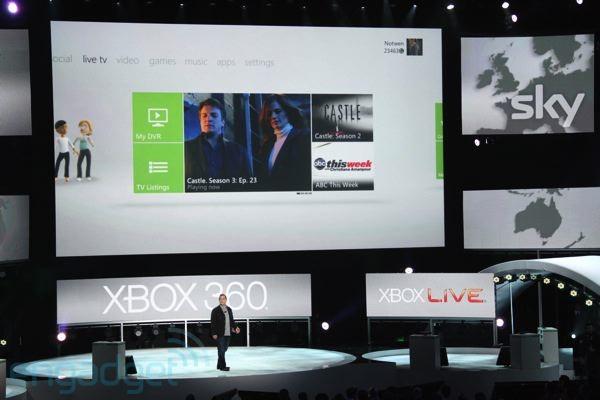 Sony has already confirmed that we won't be seeing a next-generation PlayStation at this year's E3 trade show, and now Microsoft has also come out and dampened any expectations about a new Xbox possibly making its debut. In a statement published by Kotaku (following a report on Twitter from Bloomberg's Dina Bass), a Microsoft spokesperson says flatly that "while we appreciate all the interest in our long-range plans for the future, we can confirm that there will be no talk of new Xbox hardware at E3 or anytime soon." The statement goes on to say that "2012 is all about Xbox 360," before rattling off a list of milestones and some of the big titles planned for release this year. That leaves Nintendo with the stage to itself hardware-wise, which will presumably be showing off more of its next-generation console, the Wii U.
In this article: console, e3, e3 2012, E32012, electronic entertainment expo, ElectronicEntertainmentExpo, game console, GameConsole, microsoft, next-gen, next-generation, xbox, xbox 360, xbox 720, Xbox360, Xbox720
All products recommended by Engadget are selected by our editorial team, independent of our parent company. Some of our stories include affiliate links. If you buy something through one of these links, we may earn an affiliate commission.
Share
Tweet
Share