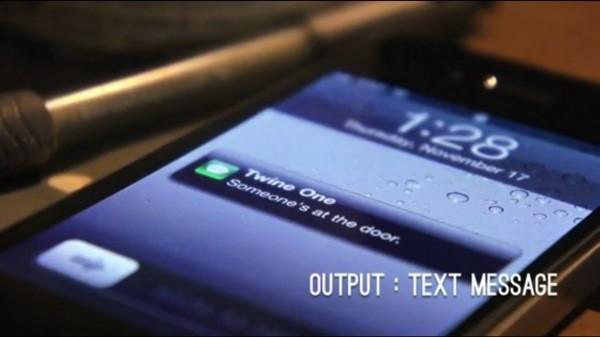 At Intel's CES 2012 press conference, the giant chipmaker justified calling thin notebook PCs "ultrabooks" by noting how the devices would increasingly be characterized by more than their thinness.

The integration of sensors has become so core to the modern smartphone experience that their absence would make using such devices untenable.

Most of that differentiation was based on plans to integrate the kinds of sensors that have become commonplace in smartphones and tablets, sensors that can detect location, motion, orientation and proximity. The integration of sensors has become so core to the modern smartphone experience that their absence would make using such devices untenable. Imagine if we had to manually reorient a display every time we wanted to play a game or take a photo or if we had to avoid activating a button with our cheeks when holding a phone against them.

But as Switched On discussed in taking on how screen size affects form factors, what is a limitation of form factor today may not hold true tomorrow. Already, of course, smartphones can tap into remote intelligence for applications such as remote camera viewing or unlocking of doors via services from home security companies such as ADT and Vivint. From around the world, you can even remotely start a vehicle using the Viper SmartStart app. But there are increasing opportunities for smartphones to act on information from sensors that are not embedded into their shells.

One of the best such opportunities is in the vehicle, a four-wheeled sensor brigade that includes information on everything from speed to tire pressure. As car manufacturers build out APIs, smartphones will be able to tap into their native sensors. For example, a future smartphone app could issue warnings to slow down based on sensor information from the vehicle that you are driving too close to the car in front of you or alert a driver drifting into the next lane or even call a trusted friend or relative if the driver is driving erratically..

Beyond that, though, connectivity-enhanced sensors can be used for a whole range of activities. Want to know when a front door is opened? When a car pulls up in a driveway? When the temperature in

a child's room gets too cold or too hot? When something is placed in a physical inbox at work? In the past few months, at least three separate Kickstarter projects have been funded to create devices that can detect these situations.

The first, TWINE, includes an accelerometer and temperature sensor; a simple Web app lets users create simple actions such as sending a tweet or SMS when the sensor is triggered. The second, Ninja Blocks, has taken things a bit farther with a two-way bridge that can also receive information from key Web services as well as creating additional sensors for light, humidity, distance and motion, as well as a push button.

The most recent, Node, which is still in the funding stage, boasts the most polished industrial design. A cylindrical core of sensors including a gyroscope, magnetometer and accelerometer can be topped off by any number of caps that can include a ring of LEDs for use as a flashlight, an infrared thermometer, a radiation sensor, and a range of gas sensors that can detect and measure carbon monoxide, carbon dioxide, chlorine, nitric oxide, hydrogen and sulfur dioxide.

Intel Ivy Bridge touchscreen Ultrabook
Xfinity Home Security makes home monitoring and management Comcastic (video)
The DIY $10 prepaid cellphone remote car starter
Clearly, sensor input detection will have a broad range in terms of their mainstream interest. One factor that may hold back these extended outposts, though, is connectivity. While attaching to Wi-Fi is a simple path, consumers may want to have sensors in place where there is no access to Wi-Fi or it does not exist. The best prospect seems to be a shared cellular data plan, where the very lightweight demands of sensors would barely be noticed compared to the demands of delivering high-definition video to a tablet. Alliteratively, perhaps there's an opportunity for the paging networks to not only have another day in the sun, but to help relay how warm it is outside.

Ross Rubin (@rossrubin) is executive director and principal analyst of the NPD Connected Intelligence service at The NPD Group. Views expressed in Switched On are his own.
In this article: accelerometer, ADT, app, connectivity, gyroscope, infrared, integration, intel, kickstarter, location, motion, node, sensor, smartphone, SmartStart, switched on, switchedon, tablet, TWINE, ultrabooks, Vivint
All products recommended by Engadget are selected by our editorial team, independent of our parent company. Some of our stories include affiliate links. If you buy something through one of these links, we may earn an affiliate commission.
Share
Tweet
Share