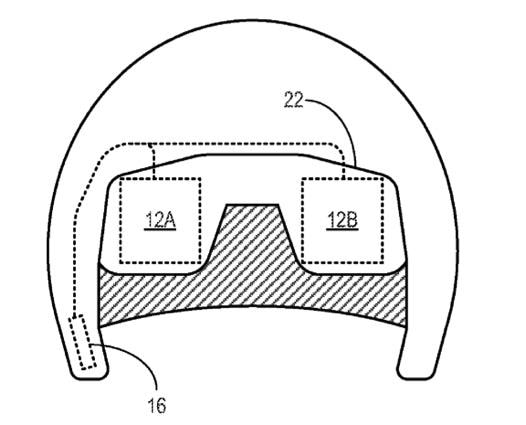 Patent applications are full of hope and broken dreams, as it's far too easy to let a rampant imagination read beyond the layers of patent-attorney penned boilerplate. In the realm of the realistic, this application from Microsoft concerns a head-mounted display with a narrow-beam laser packing two dilation optics (us neither). If you then variate the diffraction grating between the two eyepieces, you create a three-dimensional virtual reality display. As much as we'd like to prowl the digital touchlines in Fifa Soccer with the Xbox equivalent of the Virtual Boy, it's more likely that we'll be stuck prowling our couches for years to come.
In this article: Application, Head-Mounted, Head-Mounted Virtual Display, Head-mountedVirtualDisplay, Microsoft, Patent, Patent Application, PatentApplication, Virtual Boy, VirtualBoy, Wearable Display, WearableDisplay, Xbox
All products recommended by Engadget are selected by our editorial team, independent of our parent company. Some of our stories include affiliate links. If you buy something through one of these links, we may earn an affiliate commission.
Share
Tweet
Share