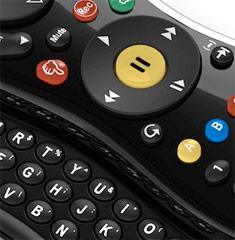 At last. A pair of companies decide that bickering (and spending) in the courtroom over patents just isn't worthwhile. In an era where it seems like every technology company under the sun is suing at least one other for nondescript "infringements," TiVo and Microsoft are laying aside their differences. Purportedly, both outfits have reached an agreement "under which both companies will dismiss pending litigation over patents." According to a regulatory filing, nary a patent right was granted to Microsoft by TiVo, but for whatever reason, the two have decided that both can continue operations without any more meddling. It all started early last year, when the folks in Redmond alleged that TiVo was infringing on four of its patents; predictably, TiVo slung one of its many patent-related suits in Microsoft's direction. Those looking to dive fully into the last chapter in this one can hit the links below; for the 99 percent, just scoot your eyes down to the next article and exhale in relief. So, Samsung, Apple -- you guys paying attention?

In this article: court, dropped, hdpostcross, infringement, lawsuit, legal, microsoft, patent, Patent infringement, PatentInfringement, suit, tivo
All products recommended by Engadget are selected by our editorial team, independent of our parent company. Some of our stories include affiliate links. If you buy something through one of these links, we may earn an affiliate commission.
Share
Tweet
Share