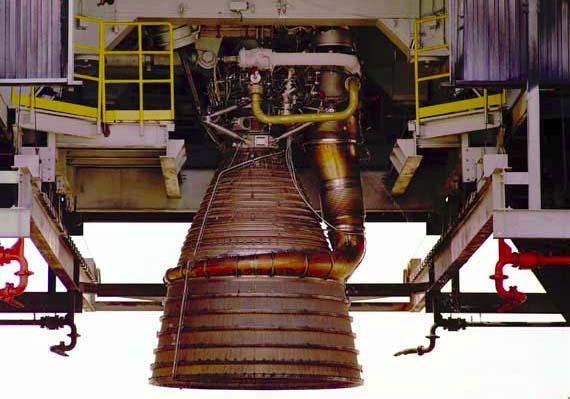 Ya' know, there's nothing like a little rocket engine hunting to save oneself from the doldrums of generating billions of dollars in revenue in the private sector. At least that appears to be the case for Amazon founder and CEO Jeff Bezos, who spearheaded an ocean expedition to find the F-1 engines used in the Apollo 11 mission. Forget newer stuff like the GENIE, Vega and Slytherin's SuperDraco -- the classic F-1 is still the rocket engine that ignites Bezos' proverbial liquid fuel. Having found his prize resting 14,000 feet below the surface via deep sea sonar, Bezos' team is now trying to recover at least one of the engines. Bezos says NASA still retains ownership of the F-1s but he's hoping the agency will allow one of them to be displayed at the Museum of Flight in Amazon's home turf of Seattle if both are successfully retrieved. No word on whether the rocket engines will be delivered via Super Saver Shipping.
In this article: amazon, apollo 11, Apollo11, bezos, bezos expeditions, BezosExpeditions, engine, engine recovery, exploration, f-1, f-1 rocket, F-1Rocket, jeff bezos, JeffBezos, nasa, ocean, recovery, rocket, salvage, underwater
All products recommended by Engadget are selected by our editorial team, independent of our parent company. Some of our stories include affiliate links. If you buy something through one of these links, we may earn an affiliate commission.
Share
Tweet
Share