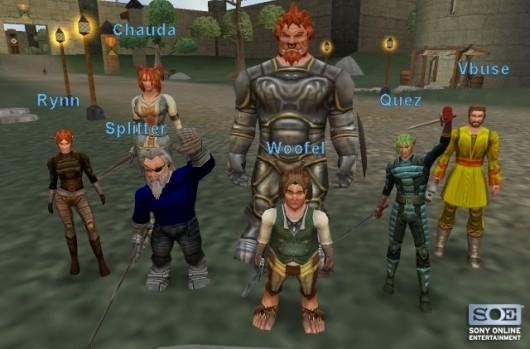 EverQuest Online Adventures, the console spinoff of SOE's EverQuest franchise, is counting down the hours until the server is switched off at midnight tonight. In addition to EQOA, SOE is shuttering three other underperforming titles today: Cosmic Rift, Infantry, and Star Chamber: The Harbinger Saga.

Instead of spending its final days in sorrow, the EQOA community joined the dev team for a series of epic battles against marauding dragons this past week. Players have filled the forums with posts about their favorite in-game memories over the past nine years of gameplay. To compensate players for the loss of their game world, SOE gave EQOA subscribers three months of gold-level status in EverQuest and EverQuest II.

EQOA came out in 2003 on the PlayStation 2 and was one of the first generation of console MMOs. For those Massively readers feeling nostalgic or curious about it, definitely check out our series on the game: part 1, part 2, and part 3.
In this article: cancel, closure, console, console-mmo, Cosmic-Rift, eq, eq-ii, eqoa, everquest, everquest-ii, everquest-online, everquest-online-adventures, Infantry, playstation-2, ps2, soe, sony-online-entertainment, Star-Chamber-The-Harbinger-Saga, sunset, sunsetting
All products recommended by Engadget are selected by our editorial team, independent of our parent company. Some of our stories include affiliate links. If you buy something through one of these links, we may earn an affiliate commission.
Share
Tweet
Share