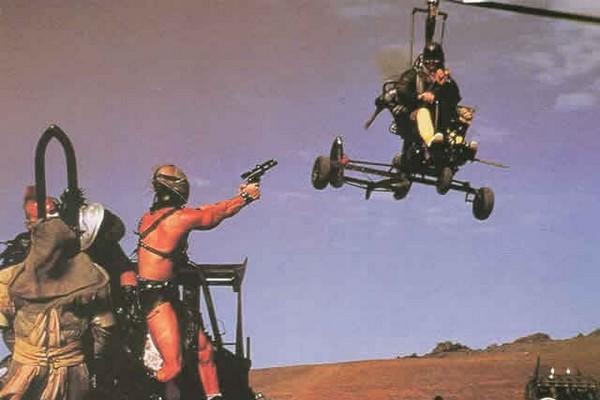 Australia's Commonwealth Scientific and Industrial Research Organization keeps bowling 'em over -- in the courtroom, anyway -- with its hardy WiFi patent. The government-funded research group has chalked up another $220 million win after AT&T, T-Mobile, Verizon, Acer, Lenovo and Sony each agreed to establish licenses with the litigious group. CSIRO now holds agreements with 23 companies and has pocketed more than $430 million from its courtroom activities. Australian Senator Chris Evans estimates that 90 percent of the industry is now paying licensing fees for the technology, but with the patent set to expire next year, we'd be mighty paranoid to be among that final ten percent. You'll find the full PR, chock-full of Aussie pride, after the break.
Show full PR text
Aussie scientists bring home millions in WiFi windfall

CSIRO first initiated litigation in 2005 and settled major cases in 2009 against 14 companies, recording proceeds of $205 million for that year. Since that time, additional licenses have been granted. CSIRO will receive more than $220 million from this round of WLAN licensing.

"People all over the world are using WLAN technology, invented right here in Australia, to connect to the internet remotely from laptops, printers, game consoles and smart phones in their homes, workplaces and cafes," Senator Evans said.

"The work in radioastronomy by CSIRO scientists here at home is having a positive impact on the way people live right around the world.

"It's hard to imagine an Australian-invented technology that has had a greater impact on the way we live and work.

"The licensing of CSIRO's Wireless LAN invention is an outstanding result for CSIRO and is recognition of the important contribution this invention has had on modern communication."

More than five billion products, including laptop computers, smart phones, games devices and consumer media products, will be sold incorporating CSIRO's invention by the time the patents expire in 2013.

CSIRO now has license agreements with 23 companies, representing around 90 percent of the industry, with total revenue earned from this technology now more than $430 million.

"This is a great example of how research done right here in Australia can have a huge impact right around the globe," Senator Evans said.

"We have Australian scientists doing fantastic work that continues to impact on the way we live our lives."

Senator Evans congratulated all those involved, including the core Australian team who have been pursuing this outcome; Mike Whelan, Nigel Poole, Terry Healy, Denis Redfern, Katrina O'Leary, and Kiara Bechta-Metti.

The lead inventor of the WLAN invention, Dr John O'Sullivan, was awarded the 2009 Prime Minister's Award for Science. All five inventors have been recognised for this invention winning a number of awards.

The Government is a strong supporter of CSIRO's resolve to defend its intellectual property, and its plan to use the proceeds for the benefit of Australia.

In this article: att, australia, Commonwealth Scientific and Industrial Research Organization, CommonwealthScientificAndIndustrialResearchOrganization, csiro, lawsuit, mobilepostcross, patent, patent fight, PatentFight, t-mobile, verizon, verizon wireless, VerizonWireless
All products recommended by Engadget are selected by our editorial team, independent of our parent company. Some of our stories include affiliate links. If you buy something through one of these links, we may earn an affiliate commission.
Share
Tweet
Share