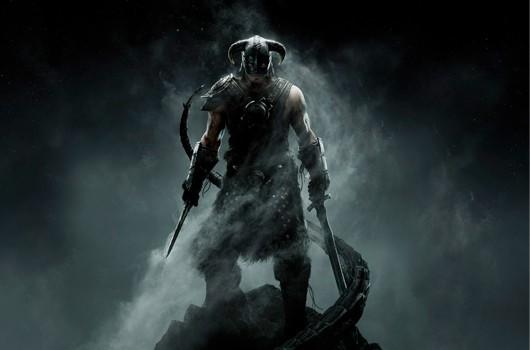 Bethesda Softworks announced this morning that The Elder Scrolls V: Skyrim is getting Kinect support for "more than 200 voice commands" at some point this month via a title update. The developer promises the commands will apply to a variety of verbs across the world of Skyrim, from Dragon Shouts (Fus Roh Dah!) to follower instructions, and a mess of other voice-activated actions.

The Kinect functionality for Skyrim is the latest product of Bethesda's internal Skyrim game jam, following on the heels of the 1.5 update that enabled kill cams. There's an adorable video showing off how it'll all work just above.

Update: A Bethesda rep told Joystiq that the update is exclusive to the Xbox 360, despite Kinect existing on PC.
Show full PR text
We're pleased to announce that Kinect™ for Xbox 360® support is coming to The Elder Scrolls V: Skyrim. Available for free as a title update slated for release this month, Skyrim Kinect for Xbox 360 Support will feature more than 200 Voice Commands.

For a look at some of the included Voice Commands, we have posted a video here www.elderscrolls.com and have made it available from the download link or FTP below. A full list of Voice Commands will be revealed in the coming weeks.

Skyrim Kinect for Xbox 360 Support is the latest in free feature updates that Bethesda Game Studios has added to enhance Skyrim, and more are coming. In addition, Bethesda Game Studios has been hard at work on creating the first set of game add-ons that will be exclusive to the Xbox 360® video game and entertainment system from Microsoft. This additional content will add new quests, locations, features, and much more to the world of Skyrim. Stay tuned, we hope to officially announce what it is soon.
In this article: bethesda-game-studios, bethesda-softworks, elder-scrolls-5, kinect, microsoft, patch, skyrim, the-elder-scrolls-v-skyrim, update, voice-commands, xbox, zenimax-media
All products recommended by Engadget are selected by our editorial team, independent of our parent company. Some of our stories include affiliate links. If you buy something through one of these links, we may earn an affiliate commission.