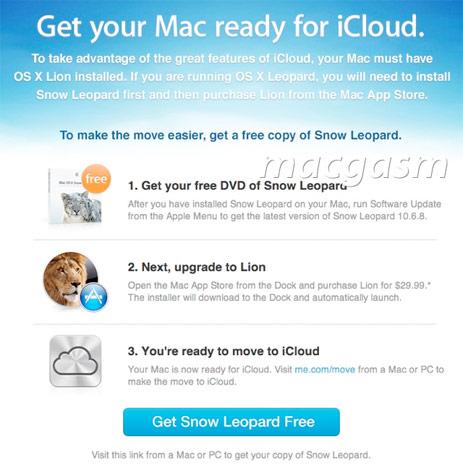 Mama had it right -- procrastination is bad -- but mama never knew Apple. For Leopard users still clinging tightly to their MobileMe account, it looks like the path to iCloud just got a wee bit cheaper. Qualifying MobileMe holdouts are reportedly receiving email notifications that point them to a special portal; behind a registration form, folks are finding a free copy of OS X 10.6 (on DVD, no less). The goal here is to get customers to make yet another jump to Lion (an extra $29), but the idea of keeping most of that cloud functionality via iCloud is certainly enticing. As MacNN so accurately points out, it's odd that Apple's not including the $69 USB drive version of Lion, which contains the ability to boost even Leopard users to OS X 10.7. If you're one that generally skips out on reading those automated Apple emails, you might want to make an exception for this one.

In this article: apple, cloud, icloud, intel, leopard, lion, mac, mobile me, MobileMe, operating system, OperatingSystem, os, snow leopard, SnowLeopard, software, update, upgrade
All products recommended by Engadget are selected by our editorial team, independent of our parent company. Some of our stories include affiliate links. If you buy something through one of these links, we may earn an affiliate commission.
Share
Tweet
Share