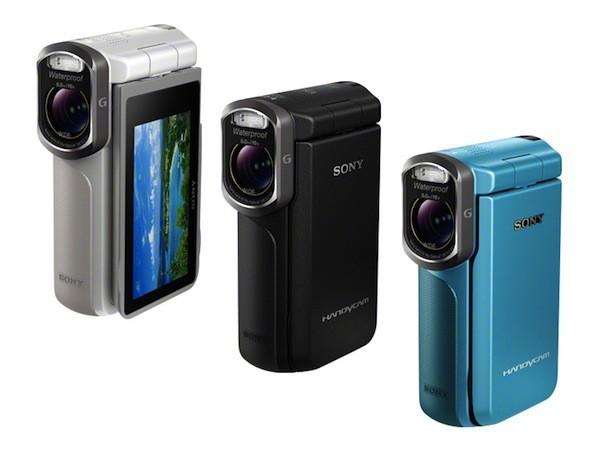 Despite having launched a full battalion of Handycams back at CES, Sony left the adventurous crowd out by not introducing any ruggedized shooters. With that in mind, the Japanese outfit has taken the wraps off of its first waterproof (and dustproof) Handycam, which packs a mouthwatering 20.4-megapixel Exmor R CMOS sensor capable of 1080p video at 60fps. Staying true to its Handycam roots, the HDR-GW77V sports a 3-inch swivel screen while also offering 16GB of internal storage and a 10x optical zoom. Sony claims the camcorder can handle up to 16 feet of water as well as sustain a five-foot freefall. The HDR-GW77V will be hitting Japanese shelves late next month for 70,000 yen (around $860), and there's no word on when -- or if -- it'll make a trip outside its home turf.

In this article: camera, cameras, dustproof, dustproof camera, DustproofCamera, handycam, handycam hdr-gw77v, HandycamHdr-gw77v, rugged, rugged camera, RuggedCamera, ruggedized, sony, sony handycam, sony handycam hdr-gwttv, SonyHandycam, SonyHandycamHdr-gwttv, video, video camera, VideoCamera, waterproof, waterproof camera, WaterproofCamera
All products recommended by Engadget are selected by our editorial team, independent of our parent company. Some of our stories include affiliate links. If you buy something through one of these links, we may earn an affiliate commission.
Share
Tweet
Share