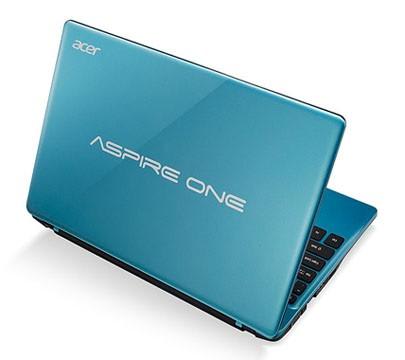 Ivy Bridge might be the belle of the ball in laptop-land, but small and nimble will always be on the dance card, too. Despite its petite 11.6-inch 1366x768 screen and 2.6-pound frame, Acer's newly announced Aspire One 725 can still pirouette with a dual-core C-60 AMD processor, 4GB of DDR3 RAM, Radeon HD 6290 graphics, and choice of two colors. Along with the 320 or 500GB hard drives and HD output, those specs should allow you to edit the odd video while still doing the emailing and surfing it was made for. Acer's confirmed the unit will land in Europe in July for 359 euros, but stateside dates and price are still unknown. It's not as flashy as those ingénues, but it should be a cheap, light date.

In this article: 1366 x 768, 1366x768, 4GB, 4GB Ram, 4gbRam, 720p, Acer Aspire One, Acer Aspire One 725, AcerAspireOne, AcerAspireOne725, AMD, HD, HD Video, HdVideo, Laptop
All products recommended by Engadget are selected by our editorial team, independent of our parent company. Some of our stories include affiliate links. If you buy something through one of these links, we may earn an affiliate commission.
Share
Tweet
Share