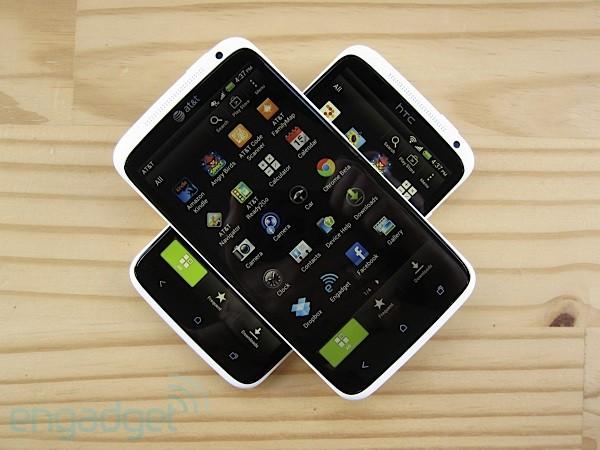 There's been quite a bit of brouhaha over at xda-developers lately about changes HTC's made to the way multitasking behaves on the One X compared to stock Ice Cream Sandwich. We're not just talking about obvious UI tweaks here -- Sense 4's horizontal, card-like arrangement vs. Android 4.0's default vertical list -- but actual differences in memory and task management. While we're not running into any problems with our One X review unit, some users have noticed that background app are getting terminated too aggressively, so we reached out to HTC for comment. Here's what the company said:

HTC is aware of some questions in the enthusiast community about how the HTC One X handles multitasking and memory management for background apps. We value the community's input and are always looking for ways to enhance customers' experience with our devices. That said, multitasking is operating normally according to our custom memory management specifications which balance core ICS features with a consistent HTC Sense experience.

There you have it. HTC's definitely implemented some multitasking tweaks on handsets running Sense 4. Perhaps this is why battery life is so impressive on AT&T's One X? While we don't believe this is going to be an issue for most people, there's always the option of installing custom ROMs now that the phone's been rooted.

In this article: Android, Android 4.0, Android4.0, Google, HTC, HTC One, HTC One X, HTC Sense, HTC Sense 4, HtcOne, HtcOneX, HtcSense, HtcSense4, Ice Cream Sandwich, IceCreamSandwich, ICS, memory management, MemoryManagement, mobilepostcross, multitasking, One, One X, OneX, Sense, Sense 4, Sense4
All products recommended by Engadget are selected by our editorial team, independent of our parent company. Some of our stories include affiliate links. If you buy something through one of these links, we may earn an affiliate commission.
Share
Tweet
Share