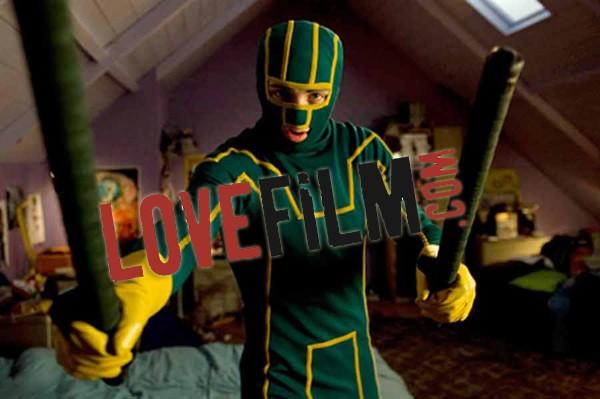 LoveFilm is living by its name, and snapping up more movie content for its online service. The latest signing? NBCUniversal. So, if you're a paid up member, this means you'll now get exclusive access to the latest Universal Pictures flicks during the second "pay window" (i.e. once the subscription movie channels have had their time with them.) So if you were hovering over the streaming only option, or undecided on which service to go for, maybe this will help you along with that decision?

LOVEFiLM members will be able to instantly watch Universal Pictures films including 'Kick-Ass', 'Despicable Me', 'American Reunion', 'Battleship' and 'Senna'

Recent and new release Universal Pictures titles can be accessed through the LOVEFiLM Instant service, available from £4.99 a month on over 175 devices including PC, Mac, Sony Playstation®3, Microsoft Xbox 360, Apple iPad® and a growing number of internet-connected TV sets and Blu-ray players.

The NBCUniversal agreement is the latest in a long line of exclusive content deals announced by LOVEFiLM, including agreements with Disney, Sony Pictures, Warner Bros, Entertainment One and STUDIOCANAL.

Jim Buckle, MD of LOVEFiLM, said: "LOVEFiLM is proud to offer its members access to the highest quality content across multiple platforms from another of the world's most respected studios. NBCUniversal is also LOVEFiLM's latest exclusive streaming deal in our quest to deliver the widest choice of content on as many platforms as possible."

In this article: amazon, digital movies, DigitalMovies, entertainment, films, hdpostcross, love film, lovefilm, movie streaming, MovieStreaming, nbcuniversal, subscription, unuversal
All products recommended by Engadget are selected by our editorial team, independent of our parent company. Some of our stories include affiliate links. If you buy something through one of these links, we may earn an affiliate commission.
Share
Tweet
Share