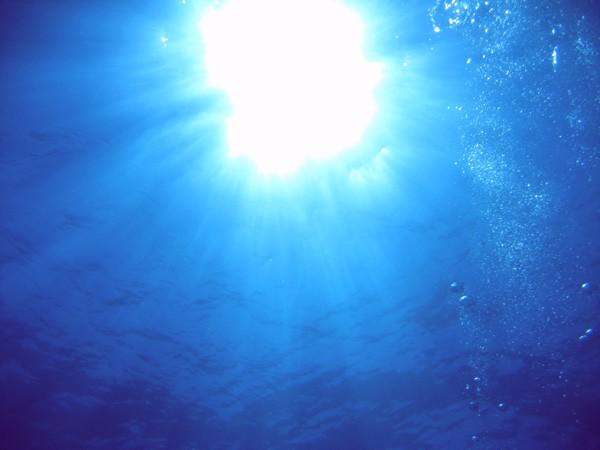 Have you ever harbored delusions of living in an underwater city inhabited by the likes of Ariel or those aliens from The Abyss? Yeah, well keep dreaming, because this engineering feat won't necessarily lead to that (the fictional mer people part, that is). What it will pave the way for is a new means of harnessing the sun's rays below sea level to power submerged sensor systems and platforms. The research, carried out by a team of U.S. Naval scientists, forgoes traditional crystalline and amorphous silicon photovoltaic cells for those based on the more efficient gallium indium phosphide. The reason? Turns out those latter semiconductors are well-suited to absorbing photons in the blue / green spectrum -- precisely the wavelengths that diffused sunlight take on under water. Using this newer approach, the team's proven that about 7 watts of energy can be generated per square meter of these deployed cells at a depth of up to 9.1 meters (30 feet). Further refinements and testing are, naturally, on deck, but soon enough we may be looking at a whole new world of possibilities under the sea.

In this article: Naval Research Laboratory, NavalResearchLaboratory, photovoltaic cell, PhotovoltaicCell, research, solar cells, solar power, SolarCells, SolarPower, under water, UnderWater
All products recommended by Engadget are selected by our editorial team, independent of our parent company. Some of our stories include affiliate links. If you buy something through one of these links, we may earn an affiliate commission.
Share
Tweet
Share