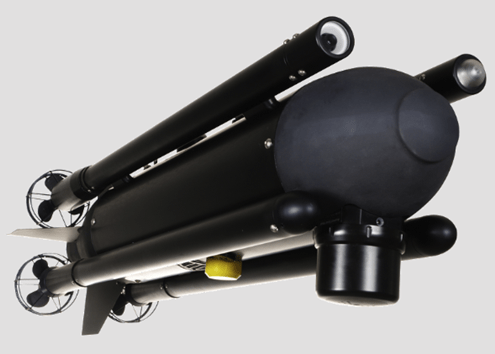 Tasked with mine detection and eradication in the Persian Gulf, the US Navy has sent a fleet of unmanned submarines to help keep the Strait of Hormuz open in Iran. Dubbed the SeaFox, each vehicle houses an underwater TV camera, sonar and a dose of explosives. Tipping the scales at less than 100 pounds, the subs are about four feet in length and are controlled via fiber optic cable that sends the live feed back to the captain of each ship. SeaFoxes can dive to depths of 300 meters and boasts a top speed of six knots. The units are thrust into action from helicopters, small rubber boats and off the rear of minesweepers and are capable of disposing of the aforementioned weapons of both the floating and drifting sort. There is one small catch: the $100,000 submarine destroys itself in the process, making each successful trek a suicide mission of sorts.

In this article: iran, mine, mines, navy, persian gulf, PersianGulf, Sea Fox, SeaFox, sub, submarine, united states, united states navy, UnitedStates, UnitedStatesNavy, unmanned sub, unmanned submarine, UnmannedSub, UnmannedSubmarine, us, us navy, UsNavy, wargadget
All products recommended by Engadget are selected by our editorial team, independent of our parent company. Some of our stories include affiliate links. If you buy something through one of these links, we may earn an affiliate commission.
Share
Tweet
Share