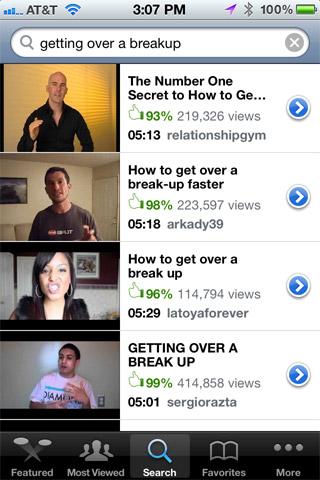 Apple just got in touch with us regarding the removal of the YouTube app in the latest beta of iOS 6, and while it wouldn't say much, it did confirm the obvious: it's not there for a reason. The licensing deal it had with Google "has ended, but users can still use YouTube via the Safari web app." The company did affirm, however, that Google "is working" on another version -- presumably a standalone app that'll have to survive the same App Store approval process as Google Drive, Gmail for iOS and the rest of the bunch.

Interestingly, we were told that the YouTube app "would remain on iOS 5 and older," and that includes iPhone, iPod touch and iPad. Granted, the amount of iOS 5 users will dip dramatically in the months following iOS 6's release this fall, but it leaves open the question of compatibility -- will the forthcoming YouTube app for iOS 6 be installable on iOS 5 and older?

All things considered, it's probably a good thing for consumers. Yes, it's another play by Apple to distance itself from its biggest mobile OS rival (Maps, anyone?), but it also gives Google the chance to reimagine the YouTube app, and perhaps even design it to showcase a great mobile experience around the company's huge original content push. Apple wouldn't comment on the status of Google's new YouTube app, nor would it speak to whether or not it had even been submitted for approval, but we're guessing the clock watchers know that September 12th is drawing near.

Update: A YouTube spokesperson has provided us with the following quote: "We are working with Apple to ensure we have the best possible YouTube experience for iOS users." Not much to go on, really, but reassuring that the company's actively forging ahead with a new effort. Something tells us it'll take every opportunity to trumpet the awesomeness of its standalone app after being quietly pushed / left out of the latest iOS 6 beta.

In this article: app, apple, google, ios, ios 6, Ios6, mobilepostcross, youtube, youtube app, YoutubeApp
All products recommended by Engadget are selected by our editorial team, independent of our parent company. Some of our stories include affiliate links. If you buy something through one of these links, we may earn an affiliate commission.
Share
Tweet
Share