If you're going to revisit a certain underwater dystopia, you might as well have a ball. At least that's the approach being taken by Sweden-based DIYer rasmadrak, who has decided to build a Bioshock-themed custom pinball machine just for kicks. The project is filled with lots of neat little touches from Rapture, including Little Sister vents and a few Big Daddy homages. The builder also does a pretty good job of drilling into the details and providing insight on the creation process -- like the challenge in using two different systems such as Arduino and chipKIT together, for example -- via detailed posts in the Poor Man's Pinball! blog. The project proved to be a pleasant shock to the system for fellow pinball aficionado Ben Heck, who gave the project a sprinkling of Heckendorn love via Twitter. Pinball geeks can also follow the saga, so to speak, by checking out the source link below.

In this article: arcade, arduino, bioshock, bioshock pinball, BioshockPinball, chipkit, custom, custom pinball, CustomPinball, diy, gaming, minipost, old school, OldSchool, pinball, pinball machine, PinballMachine, rasmadrak, sweden
All products recommended by Engadget are selected by our editorial team, independent of our parent company. Some of our stories include affiliate links. If you buy something through one of these links, we may earn an affiliate commission.
Share
Tweet
Share 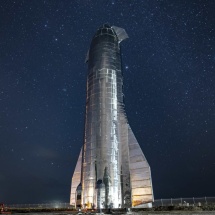