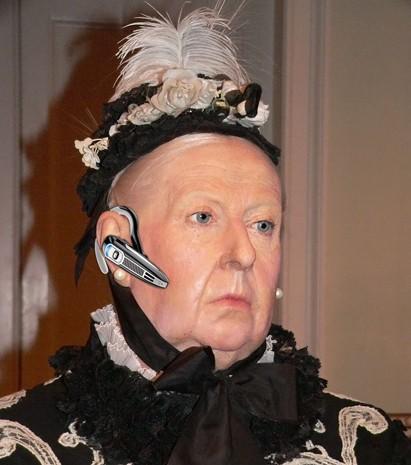 While Brits still languish at the back of the queue for LTE, there is at least a sliver of hope that regulator Ofcom is moving forward with plans for 4G provision. It's announced today that carrier Everything Everywhere (the combined network of Orange and T-Mobile) will be allowed to use its 1800 MHz spectrum to push out next-generation phone services. Ofcom decided that the change to the UK network's license would deliver "significant benefits to consumers, and that there is no material risk that those benefits will be outweighed by a distortion of competition." Auctions for additional 800 and 2.6 GHz bands are still on track to happen later this year, aiming for a roll-out through 2013. Everything Everywhere will be allowed to use LTE and (bizarrely) WiMAX starting 11 September 2012, although this may not be the launch date for any commercial service -- which could be unfortunate. The UK's comms regulator goes into the specifics after the break.

Update: Vodafone UK has issued a statement regarding the decision (hint: it's not happy), which can be read in full after the break.

Ofcom allows Everything Everywhere to use existing spectrum for 4G


August 21, 2012
Ofcom has today approved an application by the mobile phone operator Everything Everywhere (EE) to use its existing 1800 MHz spectrum to deliver 4G services.1
Following a consultation, Ofcom has concluded that varying EE's 1800 MHz licences now will deliver significant benefits to consumers, and that there is no material risk that those benefits will be outweighed by a distortion of competition.2 Delaying doing so would therefore be to the detriment of consumers.


The decision takes account of the forthcoming release of additional spectrum in the 800 MHz and 2.6 GHz bands, in an auction process set to begin later this year, which will enable other operators to launch competing 4G services from next year.


In parallel with this decision, Ofcom has now issued varied licences to EE which authorise LTE services from 11 September 2012. This means that EE can launch LTE services using its 1800 MHz spectrum at any point from that date, although the precise timing of any launch is a commercial decision for Everything Everywhere.

"We are frankly shocked that Ofcom has reached this decision. The
regulator has shown a careless disregard for the best interests of
consumers, businesses and the wider economy through its refusal to
properly regard the competitive distortion created by allowing one
operator to run services before the ground has been laid for a fully
competitive 4G market.

Ofcom's timing is particularly bizarre given the reports that
Everything Everywhere is currently in discussions to sell some of its
spectrum to 3, which Ofcom has previously been at such pains to
protect with its over-engineering of the 4G auction. This means the
balance in the auction will fundamentally change.

The regulator has spent several years refusing to carry out a fair and
open auction. Now its decision today has granted the two most
vociferous complainants during that entire process a massive incentive
to further delay it.

We wholeheartedly support the Secretary of State's call for the 4G
auction to occur in December and look to the regulator to finally do
its job and produce a competitive market for 4G services as soon as
possible.

We firmly believe that a fully competitive market for 4G services is
in the best interests of Britain. We have already committed ourselves
to reach 98% of the UK population with indoor 4G services by 2015 –
two years before Ofcom's own target – but we need to acquire spectrum
in the auction to achieve this. Ironically, all that stands in our way
right now is the regulator."

In this article: 4g, everything everywhere, EverythingEverywhere, lte, ofcom, Orange, T-Mobile, T-Mobile UK, T-mobileUk, UK, wimax
All products recommended by Engadget are selected by our editorial team, independent of our parent company. Some of our stories include affiliate links. If you buy something through one of these links, we may earn an affiliate commission.
Share
Tweet
Share