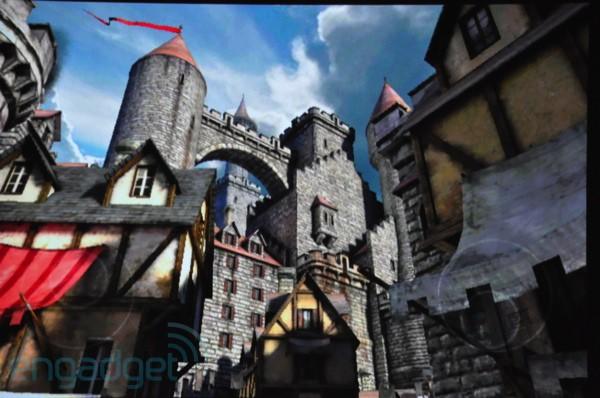 A Holy Grail of Linux gaming has been an Unreal Engine 3 port. Getting one for the OS would unlock a world of games that has been the province of, well, just about any other mainstream platform. Thanks to Google preserving Flash on Linux through Chrome, that dream is alive in at least a rudimentary form. Experimenters at the Phoronix forums have found that Chrome 21 has support for the Stage 3D hardware acceleration needed to drive Epic Games' Flash conversion of UE3. Tell Chrome to enable support as well as ignore a graphics chip blacklist, and suddenly you're running Epic Citadel from your Linux install. When we say "running," however, we're taking a slight amount of poetic license. Performance isn't that hot, and certain configurations might not show the medieval architecture in all its glory. We've confirmed with Epic that it works, but it's still firm on the stance that there's no plans for official UE3 support on Linux "at this time." It's still promising enough that maybe, just maybe, gamers can embrace an open-source platform without having to give up the games they love.