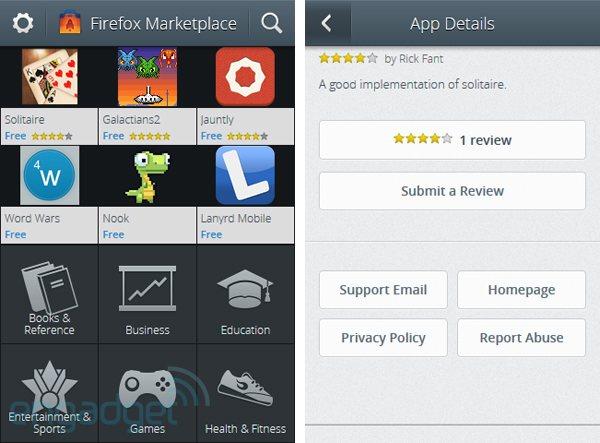 Mozilla has been seeding Firefox OS to eager developers for some time. However, we've largely been denied a peek at how the developer's own take on a mobile app store will play out on an actual device. Some of that picture just filled out thanks to some images of the mobile Firefox Marketplace that have landed in Engadget's hands. From what we've seen of the current store, it's a significant break from the top-level storefront we saw back in the Boot to Gecko days, not to mention Mozilla Marketplace on the desktop. The deeper exploration shows a minimalist store that's focused on quickly delving into individual categories rather than an abundance of highlighted apps. We're not seeing any startling revelations -- there's only free apps visible in these early images, for example -- but the gallery is proof that Mozilla is well on its way to fleshing out the core of its OS for a launch next year. Let's just hope that the rest of the software moves at a similarly quick pace.