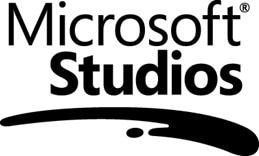 Windows 8 slates are riding a wave of 40 Xbox titles into an October launch, and now Microsoft has laid the foundation to deliver more games with a brand new studio focused on tablet development. The currently unnamed, London-based outfit will be headed by former Rare Production Director Lee Schuneman, who has shepherded Kinect Sports titles, the Xbox 360 Avatars, Fable: The Journey and the Xbox's Sky TV app to completion. Slabs running Redmond's latest OS won't see a project from the team for a while, however, as the studio is still looking for new hires and won't open its doors until November.

Reporting into Phil Harrison, Corporate Vice President of Microsoft's Interactive Entertainment Business (EMEA), the new studio's remit will be to develop a long-term business with Entertainment as a Service at its core, with a focus on Windows 8 tablet devices as the underlying technology and platforms as part of Microsoft Studios' continued expansion across the region.

Lee Schuneman brings a a unique mix of creative, production and strategic business leadership to the new outfit, which will join Rare Ltd, Lionhead and Soho Productions in Microsoft Studios' stable of UK-based operations. Lee has helmed a number of highly successful projects across the Microsoft Studios EMEA network, including Kinect Sports (Seasons 1 and 2), creation of Xbox360 Avatars, Fable: The Journey and the Sky TV app.

'I'm hugely excited by this new venture,' comments Lee Schuneman on his new appointment. 'Adding a fourth UK-based studio to the incredible roster of talent already in place across Rare Ltd, Soho Productions and Lionhead not only increases our in-region studio presence, but will allow Microsoft Studios to explore the many creative and business opportunities that developing new games and entertainment experiences on Windows 8 tablet devices and platforms will afford.'

A recruitment drive for the as yet unnamed new studio is currently underway. The new outfit will initially be based at Microsoft Studios' Great Pulteney Street premises in London and will commence operations in November.