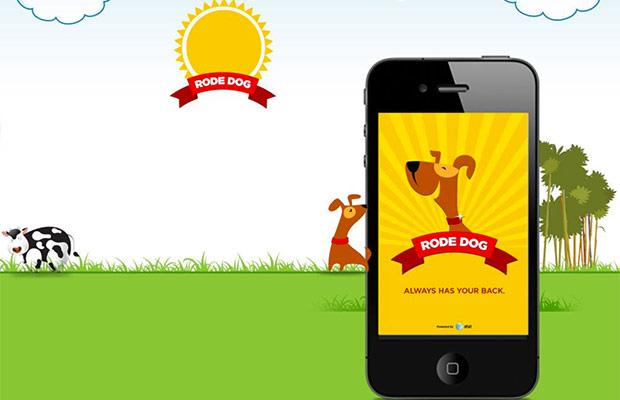 AT&T's already working on an app to keep folks from texting while driving, but earlier this month it gave folks at a Los Angeles hackathon the chance to develop their own solution. David Grau, a creative director and designer at an interactive agency, and 11-year-old Victoria Walker were awarded $20,000 by Big Blue to bring their smartphone application to the public. Dubbed Rode Dog, the prize-winning software allows friends and family to organize themselves into "packs" and monitor their text messaging habits. Watchful users can spot when a fellow group member is texting and initiate a barking noise on the offender's phone. Much like squawking seat belt systems, the app is designed to remind drivers of their wrongdoing and doesn't stop the ruckus until they acknowledge it. If you'd rather have a chicken or other animal grab your attention, the duo crafted an in-app shop that offers other wildlife sound sound effects. Rode Dog isn't expected to hit iOS, Android and Windows Phone until its fully polished, but you can sign up to receive word of its launch at the second source link below.