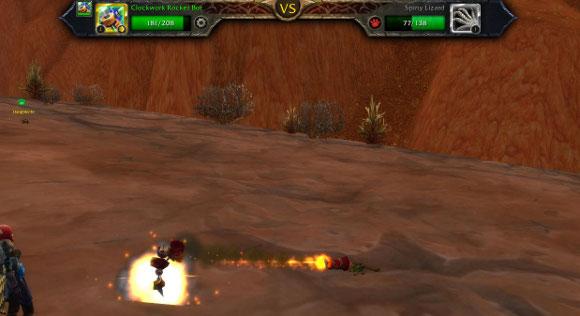 Recently there were some complaints on the official forums (shocking, right?) about how expensive pet battles are. The argument by many is that new players should have easier access to this feature.

In the Pet Battle Q&A from about a week ago, Cory Stockton explained:

Cory Stockton
[ ... ] the 100g training cost is going to make it difficult for a new player to get caught up in Pet Battles super-early, and that's by design, because everyone should learn how to play World of Warcraft first. Having said that, a new alt that can get 100g from another character can start the Pet Battle system at level 5.

Zarhym
The cost is there, in part, because pet battles are intended to be a fun mini-game, particularly for players who've been around a while and want some new ways to spend their time while logged in -- it's not a profession. The system isn't really targeted toward new players while they're focused on leveling and character progression.

This is why there is a low level cap, but a buy-in barrier. It allows players with high-level characters and/or lots of alts easy access to the system, while reducing the risk of it being distracting or confusing for people just learning the core gameplay systems/mechanics.

source
More from Zarhym after the break.

This reply wasn't enough for the detractors, however. If the system is not meant for new players, then why have such a low level requirement?

If you want to keep the cost, increase the level needed to buy it. New and low level players will get confused by this feature. It's already bad enough having people beg you for gold so they can buy some overpriced glyph or green gear.

Increasing the leveling requirement isn't a reasonable solution. If you're a more experienced player and you want to roll a new character, we don't want to keep you locked out of pet battles. Since the system is account-wide, we want you to have the option of participating in pet battles while you level.

We still don't think the same should apply to new players. The gold cost is a clear indication that you need some level of experience with the game and the economy in order to access the feature, even though it's unlocked at level 5. I don't know why this would be more confusing for new players, as I've seen many assert in this thread, than giving them access to a series of random quests that don't enhance their characters, are almost completely separated from character leveling progression, and require a modest number of pets that they may not have.

source
Noitora raises a good point -- though not about the begging. If new players are to be discouraged from collecting pets, then why not increase the level requirement substantially? At what level does a player actually know the game and understand his or her character? Wouldn't raising the level requirement much higher in order to buy the training ensure that the newb be more familiar with the game before losing himself in a mini-game?

It's important to note here that pet battle training is account-wide, so buying it on a more wealthy character enables it on all alts, even level 1s. The argument that keeping the level requirement low so that veterans' alts can participate is therefore invalid. It seems to me that level 5 makes it more accessible to new players, not less, while not affecting veteran players at all.

(I recommend making level 1 alts on the opposite faction to collect wild city pets, by the way, as they are also account-wide.)

Back to the debate.

Zarhym
Reading through the thread, so far I haven't seen any clear indication in anyone's post that they are, in fact, new players who feel limited by being unable to access this feature. Most of what I'm reading comes from more veteran players weighing in on what's right and what's not right for new players.

source
Zarhym makes a valid point here. The complainers aren't new players. (Do brand-new-to-WoW players use the forums?) Do they really know what newbies want and/or understand? Zarhym goes on to discuss Blizzard's learning process with game design for the new-player base.

Zarhym
And to be clear, we don't hold a monopoly on knowing what is or isn't potentially something that may confuse (and perhaps even drive away) a new player. But we do have the advantage of being able to carefully analyze years and years of data which reflects how the average new player approaches the game, the things that trip them up, the things that make them feel like their progression is barred, etc.

What I do know is that a lot of posters in this thread -- even those who claim to be very casual -- take their knowledge of the many core aspects of WoW gameplay for granted. If you look at the way the 1-20 experience has evolved and been streamlined over the years, it should be quite clear that it's a direct reflection of design decisions we've made to try and better ease new players (especially those without MMO experience) into the game, based on a lot of research on our end.

Someone earlier in the thread pointed out that, when we first introduced dual spec, the cost and level requirements were meant as a barrier to entry to ensure leveling characters didn't feel like it's something they should spend their gold on asap. We later drastically reduced the gold and level requirements when we felt more confident about this not being an issue. The same could be true for the cost of pet battles. We'll certainly take player feedback into account -- though, as I mentioned, hearing almost entirely from players not adversely affected by this gold cost, as opposed to new players who are, leaves us with very incomplete actionable intel -- and we'll evaluate whether or not the current cost is necessary.

For those who implied that our change over time on dual spec should've been a learning lesson, keep in mind what we say all the time: we prefer to introduce a new gameplay feature or piece of content with slightly conservative implementations, and then, if necessary, loosen the restrictions or increase accessibility over time. That's held true for everything from raid tuning to Transmogrification restrictions. If we get things wrong and a feature is too accessible or too easy, to the point that it's negatively affecting overall gameplay, it's much meaner of us to then tighten restrictions after the fact.

source
I am inclined to think this entire debate a silly one. To be required to have 100g and be level 5 in order to train in pet battles across all characters seems minor. Having access to the feature as a newb doesn't seem that bad of a thing, either. Most of all, feeling entitled on behalf of unnamed, unknown players is rather pointless as well.

Should Blizzard be trusted to know what is or is not good for new players? Or do you think they are wrong on this point and that it should be easier for newbs to jump right in to pet battles? On the other hand, do you think it should be more difficult to purchase training so that only the experienced players can access this feature?
In this article: blue-post, cory-stockton, new-players, official-forums, pet-battle, pet-battles, zarhym
All products recommended by Engadget are selected by our editorial team, independent of our parent company. Some of our stories include affiliate links. If you buy something through one of these links, we may earn an affiliate commission.