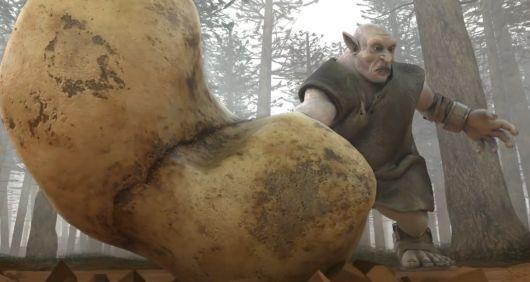 Spacetime Studios, creator of such mobile hits as Pocket Legends and Dark Legends, has released the first cinematic trailer for its newest entry in the Legends series: Arcane Legends.

The video whimsically showcases the MMO's three character classes -- Warrior, Rogue, and Mage -- as well as the helpful battle pet that can fight along side you and grant special bonuses along the way. Each class can combine its skills for group combos, while later specializing in certain skills to fit each player's playstyle.

Arcane Legends is expected to release this fall for Android, iOS, and Chrome.

In this article: arcane-legends, battle-pet, cinematic, debut, mage, rogue, spacetime-studios, trailer, trailers, video, videos, warrior
All products recommended by Engadget are selected by our editorial team, independent of our parent company. Some of our stories include affiliate links. If you buy something through one of these links, we may earn an affiliate commission.