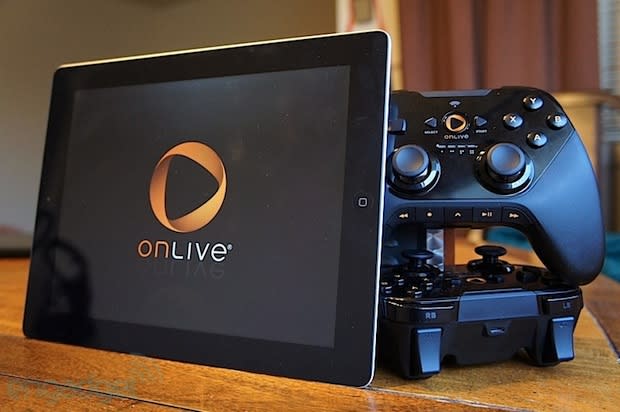 Even though weeks have passed since that well-documented OnLive kerfuffle took place, where unfortunate layoffs and the formation of a "new company" were at the forefront of it all, previously unknown details are still coming out of the woodwork. According to Mercury News, the once-promising cloud gaming outfit was purchased by a venture capital group for a mere $4.8 million, which appears to be a relatively small amount of cash for an outfit once valued upwards of $1.8 billion -- not to mention when compared to, say, rival Gaikai's $380 million sale to Sony. Still, this is said to have been due to the bad shape OnLive was in at the time, with the Palo Alto-based company reportedly owing more than $18 million in debt, leaving it with no choice but to take "the best that it could get."

In this article: cloud gaming, cloud service, CloudGaming, CloudService, layoff, layoffs, On Live, OnLive, OnLive Cloud, OnLive Game Service, OnLive Game System, OnliveCloud, OnliveGameService, OnliveGameSystem, venture capital, VentureCapital
All products recommended by Engadget are selected by our editorial team, independent of our parent company. Some of our stories include affiliate links. If you buy something through one of these links, we may earn an affiliate commission.
Share
Tweet
Share