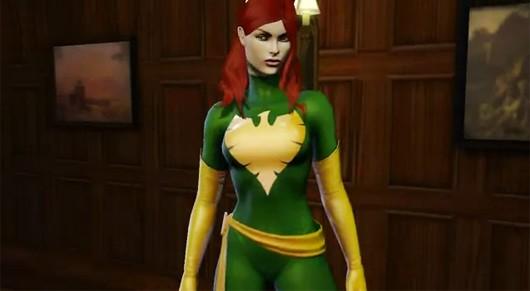 What better place to learn more about a game based on comic books than a comic book convention? Marvel Heroes had its own panel earlier today at the New York Comic Con, where devs not only shared a new trailer but announced three new playable heroes. And luckily for folks who missed the chance to see the panel live, Gazillion Entertainment has been sharing the announcements via Twitter! Along with such iconic heroes as The Hulk, Wolverine, and the Human Torch, players will also have the choice to play as Phoenix (Jean Grey), Luke Cage, and NOVA.

Although fairly brief, the new features trailer shows off different abilities, a variety of costumes, a quick peek at some multiplayer zones, and a glimpse of a few iconic villains. Check it all out after the break.

In this article: comic-con, comic-con-2012, con, convention, f2p, free-to-play, gazillion, gazillion-entertainment, Jean-Grey, Luke-Cage, marvel, marvel-heroes, marvel-universe, marvel-universe-online, muo, new-heroes, new-york-comic-con, new-york-comic-con-2012, NOVA, NYCC, nycc-2012, Phoenix, secret-identity, superhero, superheroes, trailer, video
All products recommended by Engadget are selected by our editorial team, independent of our parent company. Some of our stories include affiliate links. If you buy something through one of these links, we may earn an affiliate commission.