Yes, 'The Angry Birds Movie' will have a sequel 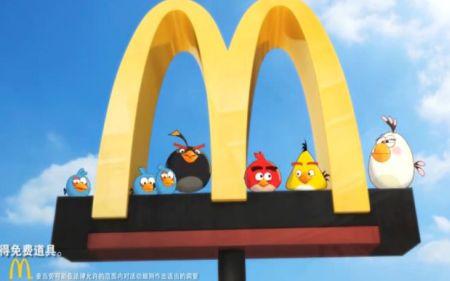 Rovio revealed a little while ago that a Star Wars-related Angry Birds release would be out for iOS on November 8, but since then the company has been posting various teaser videos combining the old Star Wars movies with the frustrated fowl. Leia is unimpressed with a Stormtrooper pig, the Death Star looks a little more branded and the Millenium Falcon is, well, just watch it and enjoy.

I have to say I wasn't all that excited to see that Rovio was borrowing the Star Wars universe for its games. But considering all of the good will that George Lucas' setting has lost anyway, as long as the game is done with as much easygoing charm as these teasers, it might be alright.

In other big Angry Birds tie-in news, Rovio has teamed up with McDonald's in China to provide some exclusive location-based content. A version of the game, only playable when near a participating restaurant in China, will feature the pigs protecting McDonald's food from the hungry birds, along with special powerups and levels. There is a TV ad floating around that combines the two brands. Rovio is obviously partnering up with some of the biggest brands in the world in an effort to push its already popular game even more towards the mainstream.

In this article: angry, angry birds, AngryBirds, china, george lucas, GeorgeLucas, iOS, iPhone, location-based, mcdonalds, star wars, StarWars
All products recommended by Engadget are selected by our editorial team, independent of our parent company. Some of our stories include affiliate links. If you buy something through one of these links, we may earn an affiliate commission.